...And Breathed In The Face Of The Foe As He Passed: Canucks & Sharks - Game IV

Share All sharing options for: ...And Breathed In The Face Of The Foe As He Passed: Canucks & Sharks - Game IV 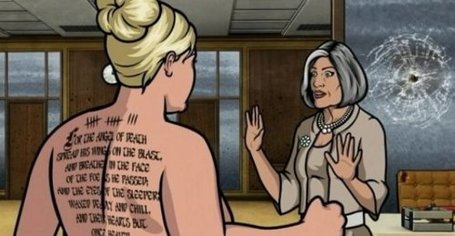 Did You Know: Fuck hockey, there's Boogie on the Bayou today.

I trust surviving the rapture was enough to wash the taste of game three's loss out of your mouth? It better be because nabbing the win this afternoon won't be easy. For starters getting McGinned is a tough pill to swallow but this is why Grabner skates on a different team. I'm excited to see what Ballard can bring to the mix at both ends of the rink; the man is fighting for a job on a big stage. Besides their conga line to the sin bin, the Sharks added to Vancouver's pain by blocking an asinine 26 shots, a few of which came during the failed 5-on-3 stints. Vancouver simply has to be smarter with their shot selection, ignoring the blatant shots with an additional stride or a smart pass. Without Ehrhoff teeing up point blasts, the pressure will mount for Bieksa (despite his own penalty problems, his four points have him being the MVP for the good guys so far), Edler and perhaps a timely Salo shot to make Niemi's life miserable. Special teams have got to be better and our opponents are providing a fine example to follow. Luongo? You know you have to be better. More negatives than positives isn't the trend we want.

The sky isn't falling of course, but teams don't deserve to be at this stage if they can't earn the tough wins which means, amongst many things, ignoring the penalties. Refs are fallible and no coach can plan a game strategy around hopeful whistles. Vancouver is a puck management team and that failed on Friday. Today they need to keep their feet moving, their sticks down and demand perfection from their opponent to beat them from the drop of the puck. Plain and simple: be the better team.

McLellan said the Sharks needed to be one or two percent better to make this a series. Vancouver should be shooting for five percent to send this back home in convincing fashion.

Who wants to be our double-o ninja? We'll take all the raised hands in the room.

No rest, no slacking, no excuses. Earn this.