My Plan Is To Crowdsource A Plan: Canucks & Sharks - Game II

Share All sharing options for: My Plan Is To Crowdsource A Plan: Canucks & Sharks - Game II 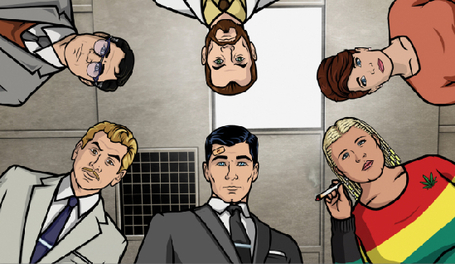 Did You Know: Dustin Diamond, better known as Screech from Saved By The Bell, calls San Jose home? Yes, you can make an over-reaching value judgment on San Jose because of that.

All the pieces came together for Vancouver in game one, but it took about 20-30 minutes. From the drop of the puck tonight I agree with what the KB guys said: the dump-ins are going to be tremendously important (also poo jokes are timeless). San Jose's skaters didn't make it hard enough on Vancouver in their end and many got caught flat-footed in the neutral and defensive zones. Heading into this series the conventional wisdom suggested San Jose's forward depth trumped Vancouver's, but game one suggested otherwise. Vancouver will need an equally strong effort from the bottom six and their active defense to keep this from going south on them. The fact Tambellini slots in and the Canucks roster (with the possible exception of Salo and Rome) is now maxed out in the speed department suggests the routine plays, board battles and dump-ins could be a chink in the Sharky armor.

(Alternatively you're diabolically insane and think Vancouver's 47-9-6 record with Tambo in the lineup is actually an ideal mix of ESP plus astute player management in which case I'd mock you roundly but fear I'd wake with you giggling softly standing over me holding a decapitated My Little Pony in one hand and a half-eaten ham hock in the other so instead I will just say "no, that's not it at all" and walk away quietly.)

If the Canucks falter, do we blame Kid Rock? The extra day off likely helped the opponents more than the good guys. Most news out of SJ's camp suggested a better effort from Healtey, more of a second round mindset from Clowe and Pavelski and using their size to their advantage (or at least don't get outhit again). Our depth players stood up in game one, will theirs respond? Keep your eye on if Demers makes the game or if Huskins plays again on the second pairing. Lastly their PP looked lethal and Vancouver made have been in sleep mode from Nashville's putrid man advantage; can't gift them too many opportunities if game one was any indication.

Speed, size and no room for error? Sounds like a playoff game. Spend your energy in their end gentlemen.

That was like Steve McQueen and John Wu had a baby, and that baby was you, baby.

We'll know what kind of series this is after tonight and we'll need to see consistent puck management from the home team to send this to NorCal in 2-0 lead.

The slow crawl towards immortality continues by earning yet one more. Do it.