Down Here All The Fish Is Happy, As Off To The Waves They Roll: A Preview Of The SJ Sharks

Share All sharing options for: Down Here All The Fish Is Happy, As Off To The Waves They Roll: A Preview Of The SJ Sharks 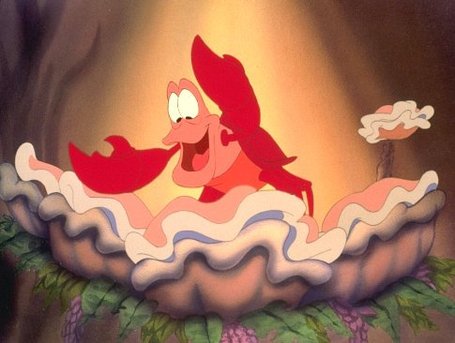 I promise that will be the last oceanic reference from me. Today. Probably.

Also for one final time: the best part of this SJS/VAN series is all the narratives that have to be tossed. One of these teams is going to the SCF which alone wipes out many of the tired mainstream plot points from the past year two years three years forever. Some fresh blood from the West is gunning for the Cup and that's a good thing for the markets and long suffering fanbases. Not so hot for folks in the Eastern timezone, but sleep is overrated anyway.

The Sharks are big, fast, deep and don't mind delivering a hit or or two. Their defense is pretty active so, unlike with Nashville, there should be plenty of open ice but that's a double-edged sword. While we were busy fending off Washington for the best record in the league toward the end of the regular season, it may have gone unnoticed the torrid pace San Jose was maintaining and the whispers that this could be their year. It's only fitting that the #1 and #2 team now meet and unless another Kesler-like performance is in the works, Vancouver will have to do what they already have done to Chicago and Nashville: beat them at their own game.

After the jump, a look at our opponent's lines and pairings and a bonus NM exclusive: the real Kyle Wellwood headshot.

You know what you get with Thornton (besides the occasional flop) is a huge, hard-nosed SOB who will give Vancouver fits of rage. I imagine it'll be his job to rattle Kesler and their battles should be epic. Setoguchi has a team best 3 PPGs and is tied for the most goals with Couture (6) and the most GWGs with Thornton (2). All three see ample PP time and Marleau is one of the workhorses on their PK. Thornton has a 60.7% FO% rate which should make for some crucial draws if he lines up with Kesler (or Lapierre for that matter) in the defensive zone. Not too many weaknesses and, as a line, are slightly bigger and much faster than Nashville's top skaters. Bieksa and Hamhuis will have to earn their bread money the hard way again.

Similar to Vancouver, their second line is better right now than the first: they have 16 goals and 33 points in contrast with 8 goals and 25 points for Thornton's line. Logically then Couture leads GFON/60 with 3.22 and the rest of his line isn't far behind him (Clowe at 3.21 and Heatley at 3.13). This gives you an idea of their offensive depth, especially in contrast with the fact no one on Vancouver is above a 3.00 (Kesler is the best with a 2.46). Clowe has the highest shooting rate on the team (13.8%). Up until now, they've seen some of the easier competition and Heatley and Couture also see Sedin-like offensive zone starts. AV has to make these guys pay a stiffer price (Edler I'm looking at you chief) and Clowe is especially vulnerable: his nine minors is second worst in the playoffs and leads the league with 19 giveaways.

Talk about chemistry: an effective "smaller" line that creates a decent amount of offense with speed and driving to the net. Also of note are all three are quite good at faceoffs. The other Joe can be just as much of a handful as the bigger one: Pavelski has the second most goals on the team, one of their main PK'ers and has a FO% of 52.6%. Mitchell is the biggest hitter on the line (26), good enough for fifth best and the guy's got wheels as seen here schooling four of our players. Lastly there is Mr. Wellwood who deserves more credit for often being what you want from a hockey player: hard working, willing to pay the price, soft hands, good shot and reliable in less than favorable situations. Few teams know him as we do and give credit to the Sharks for - unlike Vancouver - giving Wellwood some quality players to skate with (check the QUALTEAM); tied for fifth in points, he's become a big part of their run. However, Wellwood's mouth got him in trouble when he was in Vancouver and if ever there was message board material for the Canucks if these series goes south, here it is. Unlike many NM'ers, I can't stand this guy and if we're truly in demon-slaying mode, then we show Pudge the "lessons" we've learned firsthand and watch Mr. Can't-Keep-A-KHL-Job explain himself after the handshakes.

The final spot could also be McGinn or Ferriero, but for argument's sake, let's assume it's Mr. Mayers. The good news is if the fourth line is indeed this trio, they own the worst GAON/60 for the Sharks at a fugly combined 17.28. Nichol owns the worst +/- on the team (-6). As with Chicago's fourth line, AV's eyes should go all Roger Rabbity at the idea of locking either the Sedins or Kesler against them on an icing call. Though Eager leads the Sharks in PIMs, I wouldn't gamble on seeing his borderline nasty side with limited minutes at this stage of the playoffs, but go ahead and prove me wrong. No one here averages more than five and a half minutes per game.

This is obviously San Jose's best pairing, though not of the same mold that a Weber/Suter or Seabrook/Keith are. They play the toughest minutes of course and Boyle goes on to play the most PP and PK minutes for their blueline. Boyle also leads the defense with 11 points and - as if often the case with big minute blueliners - owns a respectable GFON/60 of 2.30 along with the worst GAON/60 at 3.07. Murray is a beast (you'll hate him by the end of his first shift), leading the post season in hits (51) and has the most blocked shots on the team (34). Who these two see more of at even strength - Sedins or Kesler - will be the biggest plot point starting in game one.

(While we're at it, let's table this unfortunate news: Everyone on the SJ defense has at least 20 blocked shots. For comparison only Edler and Hammer are above 20 for Vancouver. See FTF for more, but the challenge is obvious: Vancouver has to pick their spots wisely.)

This pairing is similar to what would happen if you took a mature Lee Sweatt and paired him with a mature Chris Tanev. Demers has shown some real offensive flair and can jump into the rush largely because Vlasic provides a sort of quiet steadiness well beyond his years. McLellan rewards the two with ample playing time (Vlasic - paired with Boyle - eat the most minutes on the PK and Demers isn't far behind) and they present a similar problem that Campbell/Hljamamamamamarson did from the first round (in fact Vlasic's development this year probably helped the Sharks forget the RFA offer they offered Hljamamamamamarson). Demers was a +2 with one assist against Vancouver this year and Vlasic had no points with an even rating.

It's not often your third pairing leads the way in GFON/60, but Wallin and White (no no, not Patrick White but I like that you thought that) do just that. White - picked up before the trade deadline who quietly became the highest scoring defenseman of any defenseman moved at the deadline - joins Boyle as the top PP pairing. White's a secondary assist machine thus far so he's well equipped to start the rushes and get the opposition on their heels. On the flip side Wallin and White get torched as third pairings often do (a GAON/60 of 2.82 and 2.79 respectively). Wallin also commits the second highest amount of defensive turnovers at 7 (Boyle leads with 9) and made a key DZ turnover in game five in the first round which lead to a Kings goal that  forced Niemi to get yanked (not saying it's his fault, I'm just sayin').

Annoying fact: Niemi has yet to lose a playoff series in his career. How can Vancouver succeed where others have failed? I asked Red Wings blogger J.J. From Kansas from Winging It In Motown for his take on Niemi after their series and how Vancouver can solve him. J.J. wasn't at a loss for words:

In only his second playoff run, Antti Niemi continues to confuse the hell out of people who watch him play against their team and still manage to lose to the Sharks.  Of course, for those who have watched San Jose's first two rounds, it would seem that the same question could be asked of the entire mercurial squad.  That is perhaps the most fitting thing about Niemi's tenure with the Sharks, a goaltender who you're not sure what you're going to get out of on any given night playing behind a team with the exact same problem.  For what it's worth, there doesn't seem to be a strong correlation between Niemi's level of play and his team's.  Sometimes you'll get a first period stinker from him that his skaters will fight him out of and sometimes his skaters will make his night easy only to see him make theirs difficult.  When they're both off, check the bridges around San Jose for increased bungee-free jumping activity.  When they're both on, check Google Maps for increased traffic on "San Jose Parade Route."

On the technical side, Niemi does two things incredibly well.  One, he tracks the puck around the zone to stay on his angles, rarely overplaying to one side (unless Datsyuk's bringing it in through the circle on the backhand, that is).  Two, he blocks the lower part of the net incredibly effectively.  Just because he's good at covering the lower half doesn't mean he's garbage when facing high shots though.  Niemi's got a good glove hand and an quick blocker.  His biggest weakness is controlling where the puck goes when it leaves him.  He's not a good puck-handler on dump-ins for one.  More importantly, Antti Niemi is to rebound control what Patrick Kane is to self-control.  Both of these things are the window to embarrassment, black eyes, and sore asses.  Even better for the get-traffic-to-him-and-pepper-him-with-shots crowd is that he scrambles worse than Eli Manning with vertigo.  In the time it takes him to recover from an initial shot to get back into position, Niclas Wallin could evolve into something resembling a human.


Bottom line is that beating him is going to take pretty much the same formula as it takes to beat most other NHL goalies.  Get traffic in front, fight for the dirty spots on the ice, and fire puck after puck after puck on net.  Fancy plays are pretty to look at, but passing up shots on net when you get a chance is a fine way to find yourself on vacation at the end of May.

For what it's worth, traffic and the greasy goals is exactly how Vancouver just beat the more talented Pekka Rinne behind a defense that was built to collapse around him.