Share All sharing options for: You're Looking Especially Delicious This Evening: Canucks & Wild 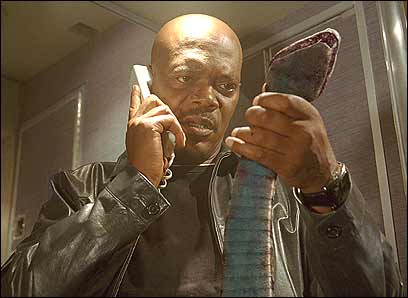 City Pro: I do love my postcards...from Minneapolis.

With the news today that Raffi Torres won't join the team again until game three of the opening round, the Canucks third line is right back to where it was last year, replacing a questionable Bernier/Wellwood with an unknown Raymond/Hansen combo. Curiously I wondered how the duo's were respectively used, especially in regards to shots directed on net and opponents they face. Here's what even strength looks like (click headers to sort):

It's not straight-forward with Wellwood being the only natural center, Raymond a second liner masquerading as a third liner and Bernier pretending he can be trusted at the NHL level. It will take time to see if Raymond - with reduced ice time and choice zone starts - is effective as a third line pivot (by the by, his FO% is almost even with Wellwood's last year). Hansen is the key. He was fed to the wolves alongside Malhotra and developed quietly into a reliable two-way player. On special teams Hansen ranks second to Kesler in SH TOI (2.29 per game); along with Burrows, that's the forward trifecta that will bail us out of the TSPs. In contrast, Wellwood and Bernier were non-existent with a man short. Hansen's in line for a raise this summer.

I'm curious to see how AV approaches the first round: replace Torres with the offensive-minded, speedier Tambellini or try out a bruiser in Oreskovich. Vancouver can also call up Bolduc for the fourth, bump up Lapierre again (the first stint didn't go over well) and push Raymond back to wing. Options, options, options...

Minnesota ends their season with a back-to-back against Vancouver and Edmonton. It gives me great happiness to see the Wild's season go down the toilet, but removing my bias temporarily, these guys need to make waves this summer. Havlat is a poor man's replacement for Gaborik; maybe Parise would like good in their top six. They had a slew of injuries (like everyone in the Northwest) so maybe praying for a full campaign beats breaking the bank. Minny is coasting to the finish line missing Madden, Theodore, Clutterbuck (maybe), Zidlicky, Barker, Latendresse, Scandella, Schultz, Havlat and let's not forget Harding and Sheppard. Expect some new faces looking to make a splash: Noreau, Falk, Gillies (no not that Gillies) and McMillan who scored a goal in his debut against Detroit. Backstrom will end the season with his lowest wins total in his career and is 1-2 with a .869 SV% and 2.69 GAA against Vancouver this year.

At the risk of stating the obvious, let's chuck caution at the wind: Vancouver needs to score some goals and re-establish their special teams dominance. Some 8th seed team will be touching themselves at the idea of a reeling Canucks team meekly entering the first round. Time to right the wrongs, flex some muscle and shut some mouths.

Enough is enough! I have had it with these monkey-fighting snakes on this Monday-to-Friday plane!

- Snakes On A Plane

This line is the alternate TV version for the gem line from the movie. It's just as stupid as people who are suddenly doubting the most dominant team in the league, including weak-kneed fans who can't handle a useless losing streak. GET OFF OUR GRAVY TRAIN MONKEY SNAKES.