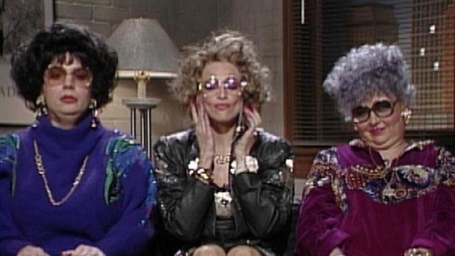 One of the unintentionally interesting things about the season that the Vancouver Canucks have had is the number of Canucks in on the post-season awards discussion.  Obviously there's Daniel Sedin for the Hart Trophy (and I don't give a rat's ass if I am biased, he has been the best player in the NHL this season), Ryan Kesler looking like he could win the Selke Trophy, and  Roberto Luongo making a name for himself in the Vezina discussions.  Alain Vigneault has had some suggest he should be in the mix for the Jack Adams Trophy, Christian Ehrhoff has been mentioned in Norris talk (yeah, I don't get that one either), and if Cory Schneider can appear in 2 more games (even for the briefest of time) the Canucks could win the Jennings trophy.

Now it's not like none of this isn't great, or that I don't care at all about it.  Hell, I made the #Hank4Hart hashtag on Twitter last year.  And that President's Trophy thing is nifty, don't get me wrong.  But I, and the majority of Canucks fans would trade it all to get the one that matters.  And that is where the focus should be.  Yes the individual achievements are great, but in a season where this team has been a focused, cohesive unit night in and night out, I prefer to think about the #16 rather than how certain reporters are going to vote over the next couple months.

It sure didn't take much to unleash a torrent of doubts about the Canucks, did it?  They took a collective night off for the first time since around Christmas, and suddenly the haters think they see chinks in the armour.  It's only gonna get funnier to see them proved wrong as the team welcomes Mikael Samuelsson back to the lineup tonight.  Oh, and some guy named Alexander Edler is slated to return Thursday.  Yeah, so healthy, with a well-rested pair of goalies heading into the playoffs as the most dominant team in the league from about the 3rd week of October on.  Yeah to me, that totally suggests that they're gonna lose.  Idiots.

I don't blame them.  Why take the time to examine just how good this team is, when you can just photocopy the last two years and nail that to a post, right?  Forget the changes that have been made that were more about what happens starting next week than the last 6 months, they haven't won before so they won't.  They need to fear those teams 20 odd points behind them in the standings.  They're cursed...  As Elliotte Friedman pointed out yesterday, there's a cautious optimism amongst Canucks fans that is a byproduct of the team's 40 year history.  Other Canadian cities would be downright obnoxious about their chances if they were in our shoes.  Yet there are those among us who spend more time discussing who they DON'T want to see in the first or second round than who they do.  I don't get it.  I know it's hard to get fans of other teams and journalists to give the Canucks the respect they are due, but what is it going to take to get YOU to show it?  This team had a playoff slogan a few years back: Believe in Blue.  It's never been more appropriate.  Believe.  This time you really can.  Sure, we've all been let down before, but this team is unlike any we've seen in this town.  BELIEVE.

So when all is said and done, Daniel will likely win the Hart, Kes the |Selke and any other wins, well that would be grand.  But make no bones about it: this team is concerned about 1 trophy and 1 trophy only.  And they have been planning since last year to obliterate anyone who tries to stop them.

While there's still a mathematical chance, the Leafs annual 'Wait until March then try to make the playoffs' drive appears to be done.  And many of the media are decrying that they might have pulled it off had they not gotten the help they needed down the road.  If you need to rely on help, you've already lost.  Make your own fate and this won't happen... speaking of which, the Calgary Flames will be scoreboard watching tonight, as the Chicago Blackhawks are in Montreal to take on the Habs, and Dallas hosts Columbus.  The Dallas game isn't as important to them as the Chicago game mind you.  I love the thought that the Canucks could be the ones to end their shot at the playoffs Saturday night.  And they said there was nothing left to play for...

The godfathers of the Polish metal scene, they helped pave the way for bands like Decapitated, Behemoth and Dies Irae.  Led by Piotr Wiwczarek, they've endure lineup changes over the years, but fine tuned their fierce death metal style, making them one of the most respected bands in the genre.