Saturday Playoff Coffee- It Was A Close Call, Right?

Share All sharing options for: Saturday Playoff Coffee- It Was A Close Call, Right? 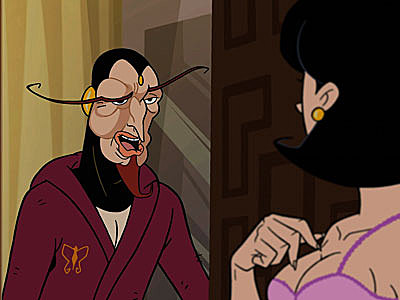 I am so happy to be back bringing you the morning coffee.  While it was fun to do the Game Threads a couple times, I much prefer to be semi-coherent when typing out my bullshit to y'all.  Heh.  So to all of you Nashville fans checking out this post, welcome.  I do a little bit of a preview, wrap up the night before and generally get the game days going with some inspiring words.  Oh, and metal.  That game Thursday night really didn't look like a 1-0 game, did it?  Pekka Rinne just about stole the show, just the one blemish on his record to show for it.  Unfortunately for the Preds, against one of the best defensive teams in the league, that's often all it takes.  Many felt the Canucks would suffer a let down after Tuesday's emotional OT win over the Chicago Blackhawks.  Instead they showed up focused and energized, and it was the Preds who looked tired.  We fully expect to see the Nashville squad that took those Damn Dirty Ducks to show up tonight at Rogers Arena.

Apart from the close score, the Canucks dominated in nearly every category.  That's not to say they played a flawless game, mind you.  The Power Play needs to get back on track, having not scored in 4 consecutive games now.  And with emotions rising in this series, there will be penalties.  They'll need to find ways to get shots on Rinne that stay as far away from the swirling vortex that is his glove hand.  We knew he was good, but that was a damn fine performance he turned in the other night.  And having just faced a hot goalie in the last series, the Canucks will have to make their shots count against Rinne like they did Crawford.

The one thing I was happy to see the Canucks bring from their first round series was physical play.  They matched Nashville's 26 hits, and you can bet the coaching staff will be encouraging them to keep up that level of physicality against the Preds.  Still stunned at the clipping call against Ballard.  To me that smells like something the officials were warned about and were looking for.  Perhaps a little bit of petitioning ahead of the series by Nashville's management?  Either way, a horrible call on a textbook hipcheck.

Hard to say which game was more shocking last night.  The Lightning took advantage of an off-night from Michal Neuvirth, and waltzed out of the Verizon Center.  Steven Stamkos got the winner as he seems to be shaking off that extended slumber he'd been in, and Steve Downie now has 9 points in the playoffs after notching a goal and an assist.  Yeah we can't figure that out, either... Stop me if you've heard this one before: A late penalty by Todd Bertuzzi leads to a game-tying goal.  While some accused the Sharks Joe Pavelski of embellishing the hit, he sure seemed fine when he scored on the power play.  I think rather than losing your mind over a dive, you'll get through the playoffs easier if you remember that with so much at stake, everyone has the potential to do it.  It's not just symptomatic of one team or a certain player.  And did Benn Ferraro ever pick a great way to show up in his first career playoff game, notching the OT winner?  The Sharks now have won 4 of their 5 playoff wins in OT.

An amazing album that saw the band continue to move away from their punk roots, and delve further into the southern flavoured groove that would be their future, Blind was the only album recorded with this lineup, as vocalist Karl Agell and bassist Phil Swisher left the band in 1993, and they formed Leadfoot in 1995.  This album featured a couple tracks that got good airtime: the videos for 'Dance Of The Dead' and the politically charged 'Vote With A Bullet' garnered a lot of plays on Much Music and MTV.

Or 'Jim Beam And The Coon Ass' which was a bonus track on the re-release... *sighs* gonna be one of those days.