Share All sharing options for: Canucks & Blackhawks Game 6- Exterminate This! 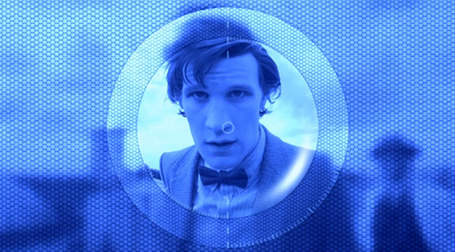 A bit of a change for me, as I am usually doing the pregame pre...game? The one bright side to all this, is that being much more awake than when I usually post means that you can expect this to not have as many spelling mitsakes as usual. Heh. Amazing isn't it? Not just how the fortunes of the Canucks have turned after they took their foot off the Hawks throats, but the rationalizations people use to get their licks in. Hockey fans are among the most passionate of any sport. They also revel in being able to kick others when they're down. And believe me, we're used to it. We are constantly reminded of the Canucks past. How series with completely different players and management, hell different uniforms even, have something to do with this series. Yet when you look to what the Canucks did this season, the cry goes out: "That means nothing!!". It's a little disingenuous at best to perform that selective historical view. What happened 2 years ago or even last year means nothing. This is all about today. Nearly everyone says that all the pressure is on the Canucks. That's rubbish. There is just as much pressure on a Hawks team, the one's wearing last year's crown to avoid elimination in front of their own fans. This is the biggest game of Corey Crawford's career. It's time to put this to bed.

Ask anyone who knows anything about hockey and they will tell you that the game changed forever when the NHL began it's expansion in 1967. The number of teams grew, and with that the number of games needed to win the Stanley Cup grew with it. The Canucks, along with the Buffalo Sabres were part of the 2nd phase of expansion, and neither team has been able to raise the Cup in that time. We all know that. And right now no one loves to discuss this more than Hawks fans, right? Boy, they're all over us. Yet in all that time, they have just the one cup themselves to show for it. Just one. Yet to hear them speak, they talk with the kind of swagger that you would hear fans of the Canadiens, Islanders or Oilers in the 70's and 80's. 1 win makes not a dynasty, and the audacity of the defending champs, their press core and some of their fans is laughable.

There was hardly a peep from them beginning with the game 1 shutout by Roberto Luongo, up until Jonathan Toews' comments after Game 3. Since then, you've seen a slick PR campaign, painting the Hawks as saints done wrong, while the Canucks have become the epitome of all that is evil. Hell, I got heckled by a Leafs fan on my way to the grocery store this morning. A Leafs fan.

Something has to give. Somehow this team has to find a way to show that this season was not a fluke. All it takes is one bounce. Those are created not by luck, but by working for them. We've examined (and in a lot of cases, over-examined) this to death. There's no need for a game 7. They can end all this nonsense tonight. They can win in Chicago. Two of the last 3 games they played here were shutouts. They know they can do it. We know they can do it. I don't give a rat's fat ass about what the others say. They're not playing for those that hate them. They're representing Canuck Nation, and tonight, we shut people up, and move on to the 2nd round. Much like the hated Daleks from Doctor Who, the Doctor triumphs in the end. You've had your moment. It's over. Time for elimination.