Share All sharing options for: I Have Given A Name To My Pain And It Is Chicago 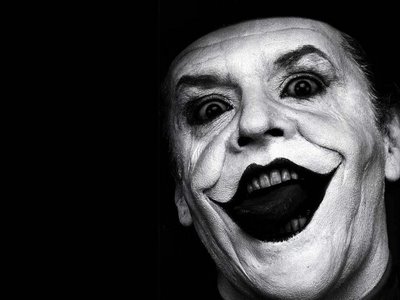 The summer is an awful long time to pick up the pieces of your shattered ego and Chicago has delivered the most sound beatings we've had since the Sakic/Forsberg years against Colorado. Those aren't pleasant recollections either, my apologies.

So we're all too aware of who Sharp is, how dangerous Toews is, what an abhorrent bitch a dangling sniper Kane is and the permanent shadow the Sedins will have for a week with Keith and Seabrook around. Let's do our requisite recon on the Hawks in which most of the faces should already be seared into your cerebral cortex.

Remember Quenneville shuffles lines like a guy with tourettes slamming espressos chased with Rockstar, so nothing is certain. The lines are missing Bolland (concussion) and Brouwer (shoulder), though both of these guys are traveling with the team. Brouwer is closer to returning and he'd give Chicago a big body (lead the team with 261 hits) to use on Luongo. Bolland is even more valuable if he's healthy (lead their PK TOI for starters) but as we know with Hamhuis and Mitchell before him, concussions are tricky beasts. Besides do we really want him back to pester the twins and score SHGs? Of course not, you stay home and get healthy David.

In related news: I don't miss you at all Pavol Demitra.

These three represent 36% of Chicago's ESGs and 47% of their PPGs. Toews is a beast at driving the play, lead the team in takeaways (93) and in GFON/60 at 3.61. Sharp strung together his best statistical season to date and Hossa isn't any less a threat following his rotator cuff last summer, playing at a point-per-game pace through February and March. If you go back to when these teams last met, the Toews line especially flattened Vancouver at ES. Your money players have to deliver and that's exactly why they're the defending champs. I'm curious if Kesler's line will draw them on home ice, but Bieksa/Hamhuis will earn their bread money for sure.

Two fresh faces and one old one. Frolik was part of a multi-player deal that saw Jack Skille go to the Panthers. Frolik has great wheels, a good shot and Chicago has received immediate value out of him at center (not terribly surprising but something Florida was struggling with). Smith was brought up due to the injury to Brouwer and has a pretty cool story from a development standpoint. While he's earned the coach's trust to receive choice minutes with Kane, how much we'll see of the rookie as the series progresses remains to be seen, especially when/if Brouwer returns. Kane leads the Hawks at ES TOI and trails only Toews at GFON/60 with 3.36. Kane also had three points in four games against the Canucks this season and remains on a mission to make sure Luongo doesn't have the stupidest hairline in the National Hockey League.

For the zillionth time: Versteeg/Ladd/Bolland this is not. Without Bolland they've had to bump up what's left of Ryan Johnson at center. He gets some limited PK time and his ES time is the lowest on the team, but you know Balls would help out from the dot: he's fourth best on the Hawks with 63.1 FO%. Stalberg was part of the Versteeg/Bill Sweatt trade in the summer (a trade we really couldn't be happier with) and has played on almost every line along with ample PP time. Tough to get a read on Stalberg - feel free to chime in here Hawks fans - but the numbers paint an inconsistent point producer who doesn't use his frame effectively, though the line shuffling may in part explain that streakiness. Kopecky is more offense-minded than a shutdown guy and has shown he get burned defensively (-13 is a team worst and brings up the rear in GAON/60 at 3.09). Both Kopecky and Stalberg saw some of the weaker opposition during the regular season and are two guys Chicago fans want to see make life hell for Luongo.

Break open in case of emergency is Chicago's fourth line. Dowell - with the worst Corsi QoC on the team - gets sheltered time, Bickell isn't a fourth liner (remember he started last post season alongside Kane) and is another big body option and Pisani is a stop-gap which is about as polite a description as I can muster. Dowell/Pisani offer lunch pail work on the PK and Bickell/Pisani tackle some of the tougher minutes, but they don't possess the sandpaper or shutdown capabilities of a Brouwer/Madden/Burish. We'll should see them individually in mixed lines, but I doubt we'll see Quenneville roll this trio often.

I've seen enough of these two to last a few dozen lifetimes. Last year's Norris Trophy winner lead the defense in ES TOI (averaging nearly 27 minutes a game), PP TOI, second in PK TOI (and the lowest GAON/60 on the kill too), third in blocks (149) and first in takeaways (56). His shooting percentage dipped to its lowest in the last four seasons (4%), but those 45 points is still tenth best league-wide. The guy is freakishly omnipresent, second only to Seabrook. Seabrook was credited with 227 hits which is second best on the team and far and away the best for defense. He was second in blocks (154), lead the backend with a .405 Corsi QoC and still rattled off the most goals for a blueliner (9). About the only knock you can make on the pair is their +/-. The road to playoff immortality, especially for the top line, goes through them.

Campbell had the third highest PP TOI and lives in the offensive zone. His 27 points were the lowest since 2005-06 in Buffalo, but his shooting percentage increased over last season. However focusing on the points is misleading: he has the second most ES TOI and lead the team with a +28 (that would put him fourth best on Vancouver). When these teams met in February, Campbell was a constant threat and this series should be no different unless the Canucks can jam his wheels. He's paired well with Hjalmarsson whose 166 blocks is a team high and has the fewest offensive zone starts of all defensemen. He's also a big part of the kill, having the third most PK TOI (2.09) behind Keith and Seabrook.

Campoli came to the Hawks via a trade with Ottawa in late February, almost the same time Jordan Hendry tore his ACL. Campoli is a step up over Hendry, one of those quiet stay-at-home guys who can contribute offensively if given the opportunity (similar to Ballard, though not the same pedigree and millions of dollars less). Coincidentally, Leddy is their Chris Tanev with the exception that while Vigneault bolted Tanev to the third pairing, Quenneville has used Leddy in multiple scenarios on the ice with mixed results (he has the highest GAON/60 of all their blueliners). They use him now more comfortably on their third pairing with sheltered minutes and middle of the road opposition. Vigneault's eyes should get all Roger Rabbity at the idea of trapping these guys out with the Sedins.

Jassen Cullimore was recalled yesterday as was Garnet Exelby so there are your 7/8 guys.

Though many thought Turco would start more games, Crawford became the workhorse Chicago road to the post season. Even with March as his worst statistical month this season, in the final 29 games Crawford picked up 17 wins with a .915 SV%. He had a demanding workload down the stretch, but hasn't shown any signs of wearing down. He only faced the Canucks once (cough the 7-1 debacle cough) and allowed one goal. He can hoist the team on his back for the win on his own to inexplicably coughing up early markers and putting the Hawks in an hole. As with Jonathan Quick last year, Vancouver will open the playoffs against a rookie netminder - one less tested than Quick for that matter - and will need to fluster him with every (generally legal) trick in their playbook.

As for Turco, the old man probably has some tricks up his sleeve (19-9-2 against the Canucks lifetime and was stingy as hell three years ago in the VAN/DAL first round match-up), but he hasn't started a game since early February and shouldn't factor into this unless Vancouver gets to Crawford early and often.