If My Answers Frighten You Then You Should Cease Asking Scary Questions: Canucks & Kings

Share All sharing options for: If My Answers Frighten You Then You Should Cease Asking Scary Questions: Canucks & Kings 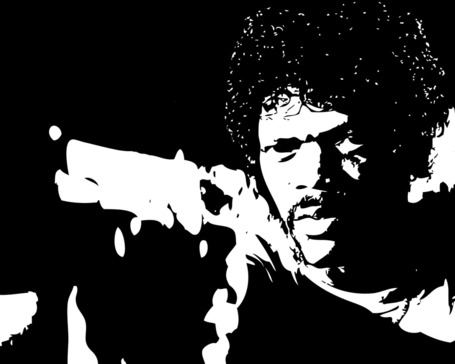 City Pro: Dogs rule. I'll hear nothing to the contrary.

Back when the season started, the Canucks kicked it off with a home game against the Kings. Henrik got the C, Willie Mitchell looked moronic in that purple and the Kings levied an element of revenge in ruining our opener with a shootout win.

Though go back and look at the Canucks roster at the time (no Salo or Burrows, Desbiens and Schaefer on the fourth) and it looks questionable by today's standards. Oh and those two guys who scored for the Kings - Williams and Kopitar - are out for the season; leaving the Kings with some big holes in the top six where are being filled by their fourth line center (Trevor Lewis) and a minor leaguer (Oscar Moller).

Now Vancouver enters the final five games of the year (and the only one left not against a divisional rival) and the Canucks have nothing left to prove. Los Angeles has a chance to narrow the gap between themselves and the Sharks, but without their top point producers, chances are they'll rely even more on their stacked defense and a stingy Mr. Quick. I still wake up screaming at night seeing Penner shake off ENG-King Rome like a bad habit from the last time these two met. Similar to Nashville, L.A. may not run up the score but they can box you out and junk the lanes with the best of them.

A win tonight coupled with a Philadelphia loss to the Thrashers means the President's Trophy is our cursed mantle piece for a season. But it gets better: via the Puck Prospectus (which you should be visiting daily) comes this fun fact which you should share immediately with all your friends:

The last two players to lead the league in scoring as part of the Presidents Trophy-winning team were Mario Lemieux in 1993 (160 points) and Wayne Gretzky in 1987 (183 points); Daniel [Sedin] could be the third.

Jules, if you give that fuckin' nimrod fifteen hundred dollars, I'm gonna shoot him on general principles.

It's important to stick to your principles folks. Unless that dogma compels you to act like an incessantly whiny, diving embarrassment in which case trash those maxims and just shut the fuck up.