This Won't Hurt But A Bit: Canucks & Senators

Share All sharing options for: This Won't Hurt But A Bit: Canucks & Senators 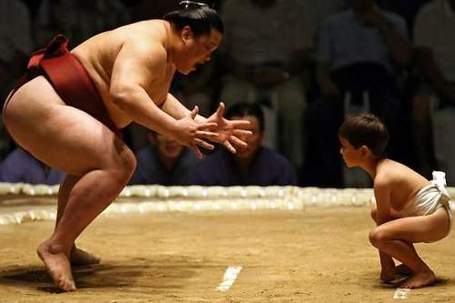 Team Pro: No roster natives, but Derek Grant (Abbotsford), Geoff Kinrade (Nelson) and Patrick Wiercioch (Burnaby) would probably like to play for their hometeam.

Team Con: Five of the ten worst players on the +/- are on Ottawa. Look shocked.

Ottawa is a train wreck. They haven't won a game since mid-January, just dropped a game to the worst team in the Eastern conference and had to quickly travel cross country on Sunday to make the game tonight (good job schedule makers). Pascal Leclaire has a mystical injury, Brian Elliott maintains a gaudy GAA and their most recent call-up netminder Robin Lehner had a case of the Chris Pronger's on Saturday. The goalies certainly aren't helped by a defense that is redefining "suck". Their most frequent defensive pairing (and qualcomp/ Corsi QoC leaders) is Erik Karlsson and Chris Phillips, both of whom are bringing up the rear in +/- league-wide. They're paying a hell of a lot to Sergei Gonchar for his -17 and Filip Kuba is in Jason Strudwick land (almost Brett Lebda land!) at GAON/60. Up front their big guns have been anything but: Daniel Alfredsson shares the team lead in points but is on pace for his lowest point total since 1999 (and his +/- is worse than Gonchar's), Jason Spezza has missed damn near half the season and Alex Kovalev is as streaky as ever (three goals in three games follows 20 games where he scored once). Finally the guy that for some inexplicable reason is rumored to be returning to Vancouver is flat out scratched (someone make sure he gets on the plane when Ottawa leaves).

I feel bad; let me find something positive. Chris Campoli has five points in three games. There you go. Oh and Mike Fisher has that wife of his. Golf clap.

I won't bother with the "playing down the level of your opposition" mentality. Rather the Canucks have to shake off the mistakes from the Chicago game, mainly at even strength where they were thoroughly dominated but also in their composure. Every team is going to have them circled on the calendar and while it was comedic gold to see Ehrhoff became Hulkhoff, it can't become a trend. If you're an elite team eying an weak opponent like Ottawa, the points should be earned with a surgical-like precision of the game: overwhelm them on the forecheck, stay out of the box, surrender no lanes in front of Luongo, rinse, wash, repeat. On paper, this is men amongst boys (or the Red Wings against the Park County Pee Wees). No excuses.

Can't say I agree with Rome playing over Tanev, but so be it. Even after the kid gets sent back to Winnipeg for Salo's return, he has a future with this team. Bank on it.

Two more points pads their conference lead by 11 and potentially their divisional lead by 20.