We Bury Our Sins Here, We Wash Them Clean: Canucks & Bruins

Share All sharing options for: We Bury Our Sins Here, We Wash Them Clean: Canucks & Bruins 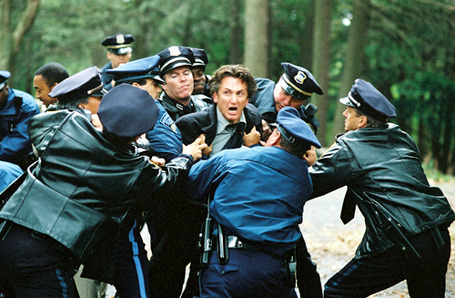 Enemy Pro: In case you're new to earth, Milan Lucic is from Vancouver. Zach Hamill is from the city too. Mark Recchi is from Kamloops, but he's old and Zandberg can't stand him.

Enemy Con: They may be exporting a weapon of mass destruction. Plan accordingly.

As Kent said earlier, there aren't many games left, so when you get a chance to smack heads with the big boys, you best show some spine. Even if we're supposedly the big dog in the park, it's all practice for the real deal in six weeks.

Boston is as formidable an Eastern team as they come. Tim Thomas leads, or is close to leading, every goaltending stat there is and couple that with two shutouts in two career appearances against Vancouver means you're allowed to roll your eyes and say "aww, shit." Next up is a blueline that just added Tomas Kaberle (wait, didn't we trade Hodgson for him?) who has been playing with Seidenberg behind the first pairing of Chara and Boychuk (or Ference). Either way, that's a solid mix and Kaberle will certainly help their rushes and 13th ranked PP. Up front Horton/Krejci/Lucic lead the charge at even strength followed by Bergeron/Marchand/Recchi (though Marchand had a rough practice yesterday). Sprinkle in newcomers Rich Peverley and Chris Kelly and there aren't many weaknesses (though their PK is putrid, so ding ding).

You have to think Chara will wrap up the Sedins good and tight, so it's possible the Kesler and Malhotra lines will have to stir the drink. I don't think Boston will know what hit 'em if all three lines are flying, but if not there's still some promise. Against St. Louis Raymond was firing every puck within a city block of his stick and Torres was bulldozing everyone with the wrong jersey, both of which are refreshing changes. The fourth line was especially strong, though prepare yourself for probably the last time we see Hodgson for a bit. He isn't getting the minutes, Gillis didn't paint an immediate rosy future and if Vancouver sends him down and leverages the LTIR they'll have $2 million to spend by Monday.

That still leaves 98 good ones. Behold, the power of positive thinking!