Share All sharing options for: Your Morning Coffee- Tuesday Feb 22 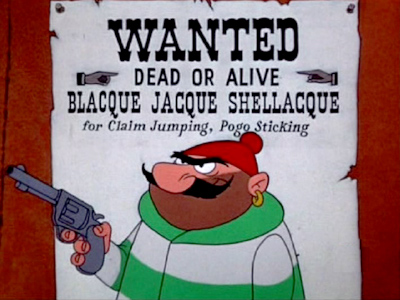 Was that a long couple of days or what?  I know there was only a 2 day gap since the Canucks laid another beating on the Dallas Stars, but it felt like a week for me.  They're back in action tonight against Montreal, looking to no doubt administer some payback for the 2-0 loss to the Habs back on that Eastern road swing.  Montreal's coming off that 4-0 embarrassment at the hands of the Flames in the Heritage Classic on Sunday and will be looking to rebound.  As a team that has struggled on the road this year, they will be up against it with the Canucks sporting an amazing home record, not to mention they're getting healthier.  Dan Hamhuis and Keith Ballard are back tonight, a great bit of news for the team as they continue to weather the storm of injuries to their defence.  While they won't get all of their battered D-men back as quickly, they're certainly in good shape for the stretch run as the Canucks look to win the team's first President's trophy.

How good are the Canucks at home against their Canadian rivals?  Try 17-0-2 in last 19 at home, the last outright loss to a Canadian team coming Boxing Day 2008 (h/t to Jeff Patterson).  Safe money is on the Canucks for sure as they try to keep their distance from 2nd place Detroit.  Sure the Canucks have cooled off a bit, but given the near catastrophic injuries to the back end, the fact that they are 7-3-0 in their last 10 with all these callups is a testament to the job GM Mike Gillis has done in adding depth.

Speaking of callups, the challenge has been laid down to Cody Hodgson: You have 3 games kid, show us you deserve to be here.  In some ways, asking someone with the kind of potential Hodgson has to prove themself on the 4th line is a little unfair, it's a symptom of the depth at the center ice position.  If Hodgson does well, chances are he is here for the rest of the season and playoffs.  I don't buy for a minute that the team is going to try and showcase him for a trade.  This franchise is painfully aware that trading away players before their time can come back to haunt you (Cam Neely, anyone?).  Hodgson will start on the 4th line and get powerplay time, what happens from there is entirely up to him.

Roberto Luongo gets the start tonight against the team from his hometown, while BC native Carey Price will be looking to put on a better show than his last visit to Vancouver, where he and the Habs got shellacked 7-1 by the boys in Blue & Green.  Daniel Sedin will be looking to build on his lead atop the NHL scoring race.  He currently sits 2 points ahead of Tampa Bay's Steven Stamkos.

My Kingdom for a bagel...

That log jam in the West is gonna continue to stay muddled with all 8 of the current playoff teams in action tonight.  Calgary is hosting the Boston Bruins, who will be in Vancouver Saturday.  It will be interesting to see if there's any kind of letdown suffered by the Flames after their emotional victory over Montreal  Sunday.  Dallas hopes to keep their dwindling playoff hopes alive as they take on the red hot New Jersey Devils, while the Minnesota Wild are in Edmonton  to take on the Oilers.  Phoenix is on the road to meet the Flyers in Philadelphia, Columbus hosts Nashville as they try and keep the 8th spot within reach, and San Jose is in Detroit to face the Red Wings... The Canucks sent Yann Sauve back to Manitoba this morning, to make room for Keith Ballard's return.  The Canucks are on the ice practicing as I write this, you can watch it and post-practice interviews live on Canucks.com... St. Mario's Fighting Saints claimed another victim last night, as Nicklas Backstrom had his thumb broken from a slash by Pens D Kris Letang...

Based in St. Louis, MO, this progressive, melodic thrash act recently reunited, which is great news to those of us who appreciated the output of this criminally underrated band.  Their first two albums were rather rough, but the final two; Manic Impressions and Screams and Whispers are definite gems.  Here's a few of my favorite tracks off those albums, and a new song that's available for download can be found here