This is no way to run a desert!: Canucks & Coyotes

Share All sharing options for: This is no way to run a desert!: Canucks & Coyotes 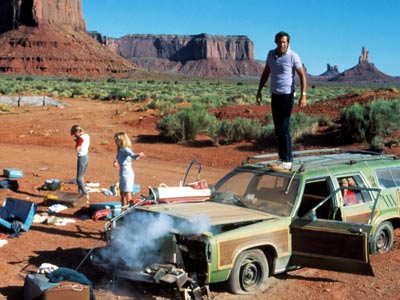 City Con: One of its sister cities is Calgary. You're judged by the company you keep.

From snow to sand with siblings alongside all in 24 hours, your Vancouver Canucks find themselves deep in Phoenix the land where Nikolai Khabibulin gets happy before driving his Chevrolet Monte Carlo. Therein they'll find a 'Yotes team in a foul mood after blowing a three-goal lead on San Jose and losing 5-3 with Kyle Wellwood (who?) notching the equalizer.

Phoenix is tough to get a read on: it seems as if they can't score, but they have eight guys with ten or more goals. Sean and I had the distinct pleasure of having kickass seats to the Canucks/Coyotes game in November only to watch Taylor Pyatt (who?) drive a stake into our black hearts. No one jumps off the page for their defense other than that twitter fella' but serviceable Adrian Aucoin (who?) and the graying Ed Jovanovski (who is injured; look surprised) compliment a corps now led by All-Star defenseman Keith Yandle. Derek Morris and Michal Rozsival are there for the tougher zone starts. Quite the mixed, dangerous bag on most nights.

For the Canucks...well, why change what ain't broke? Voltron sits and Tambo jumps back into the funhouse, presumably on Thunderdome's line. Morris/Yandle will draw the Sedins leaving (I think) Aucoin/Rozsival to cover the Kesler line. On the other end, the Juicy Hammer should get Vrbata's line and Sweatt/Ehrhoff will make nice with Pyatt's line.

Phoenix is barely better than Dallas on the kill, so some PP success could end this night quickly. If the special teams are silenced, it may take a bottom sixer to step up like the last time they met when Glass scored a beauty.

An Airing of Grievances - Raffi Torres. I've frequently wondered if he's even on the roster some nights and scanning his game log shows 2A, -1 and 6 PIMs in his last ten games. Malhotra is money, Hansen is clutch, might I ask where he fits in? I dig what he brings, but the consistency still isn't there, his Corsi QoC is middle of the road and he's destined for the fourth line duties at this rate. Prove me wrong por favor.

Family road trips are tough, though it probably helps when your sibling is a gazillionare.