Update: You need to see this.

If you are going by the stats above, the last score result when these teams battled and the way the Canucks played against the Wild last game you might guess that this may be a low-scoring tight-checking affair. The Preds have not scored a lot of goals this season but to their credit have won 2 of their last 3 games and scored 10 goals in the process. Their last game was a 2-1 overtime loss to the Sharks. Personally I don't see the Canucks changing their strategy all that much in this one given the amount of injuries they have on their defence and it being the end of a road trip. If they can get an early 2-goal lead I can see them sitting back defensively again. Whatever works!

-Andrew Alberts underwent surgery on his wrist and will miss 2 months. (National Post)

-Roberto Luongo stopped 26 shots against the Predators last month and has gone 3-1-0 with a 2.43 goals-against average in his last four starts in Nashville. He made 33 saves in the teams' last matchup at Bridgestone Arena, a 4-2 Canucks victory March 7. Nashville, which has lost of five of six home meetings with Vancouver, is looking to rebound from a 2-1 overtime loss to San Jose on Tuesday. The Predators have dropped all five of their contests decided in OT. (CBS Sports game preview)

-Mike Fisher talks about his trade to Nashville.

-Goal of the Week....what a great idea over at On The Forecheck. Think we should steal it?

-Alexandre Burrows: 8 goals and 4 assists in his last 11. (Longest current scoring streak in the NHL ended vs Wild)

-Mikael Samuelsson: 8 goals and 7 assists in his last 10. Holy Mackinaw!

-Manny Malhotra: 1 goal and 3 assists in his last 3 games.

-Christian Ehrhoff: 1 goal and 4 assists in his last 5.

-Sergei Kostitsyn: 3 goals and 2 assists in his last 5.

-JP Dumont: 0 points in his last 8 games. Was a healthy scratch last game.

Burrows Goes Off On Auger

First time we saw the Green Men was vs the Predators last season, IIRC: 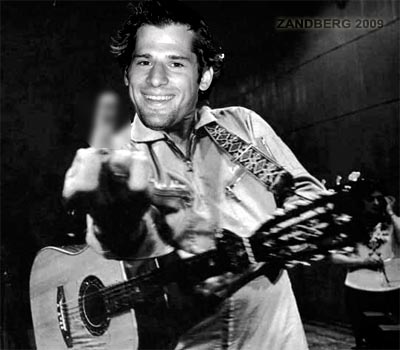