'Cause We Gotta Have Depth: A Shout-out to Mike Gillis

Share All sharing options for: 'Cause We Gotta Have Depth: A Shout-out to Mike Gillis 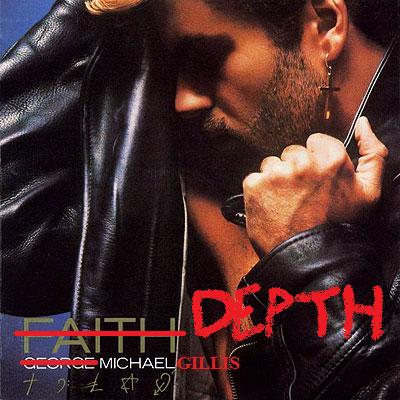 This is a rare off-the-cuff post from me, but with the news that Andrew Alberts suffered a broken wrist in tonight's game against the Blues, well... DAMN. We are hurting on the blue line and I had to respond. This is getting beyond comical, as Jevant points out in the game thread for the Blues game:

Are we going to catch a break with D?

Have I forgotten someone?

Turns out you did Jevant, as Semi_Colon promptly pointed when he noted that we could add Nolan Baumgartner to that dubious list. So, tomorrow night against the Wild Yann Suave will become our 12th defenseman to dress this season. Pretty messed up, eh?

I hate to pile on to the misery that Sean Zandberg highlighted less than a week ago, so let's look on the sunny side of life: even after a disappointing game tonight, and despite cycling through 11 (going on 12) d-men this season, the Canucks sit seven points up on Detroit for first in the Western Conference and (assuming the Flames don't blow the five goal lead they currently enjoy) 15 points ahead of Calgary for the Northwest Division crown. So, who do we thank for this success? Henrik and Daniel Sedin's consistent excellence? Ryan Kesler's two-way brilliance? Roberto Luongo's solid net play? While I would fully endorse any of these options, I offer a different option for this season's Most Valuable Person: GM Mike Gillis.

Gillis has been impressive in his brief reign as GM of the Canucks, re-signing the Sedins, Luongo, Kesler, and Alex Burrows to reasonable contracts while bringing in solid FAs such as Manny Malhotra and Raffi Torres. But it is his efforts to improve the Canucks' defensive depth that currently explain the team's ability to stay afloat as an elite NHL team this season. Consider the following moves:

Yes, in the space of 15 months Gillis acquired eight of the 11 defensemen who have dressed for the Canucks this season. How huge is that? Signings such as Tanev and Sweatt barely registered on the radar of most Canucks fans when they went down. These days most knowledgeable fans drop the name "Tanev" as though he's a 10-year vet rather than an undrafted 21-year old out of the hockey hotbed known as the Rochester Institute of Technology. But take a step back and you've gotta give Gillis some credit for an astute depth signing.

Depth is huge in today's NHL. Players are bigger, faster, and arguably dirtier than at any time in NHL history - as a result, injuries are increasingly becoming both a common and controversial part of the NHL landscape. Think the Canucks' blue-line woes are bad this year? Talk to an Islanders fan about the team's goaltending situation. As a result, teams need an arsenal of players who can step in at a moment's notice and play well enough that the team does not a miss a beat. This year the Canucks have that arsenal.

The Canucks blue-line will be clearly be a patchwork affair for the next few weeks, if not months. But, while I am not thrilled about this situation, I am grateful that the drop-off from starter to back-up is minimal. Tomorrow night we can expect the NHL debut of Yann Suave. And, assuming he steps in and performs decently, we should all give a well-deserved shout-out to Mike Gillis. Because, in today's NHL: