Aim Careful And Look The Devil In The Eye: Canucks & Blues

Share All sharing options for: Aim Careful And Look The Devil In The Eye: Canucks & Blues 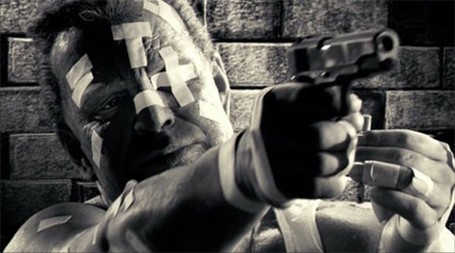 City Pro: I got nothing, so here's a lion.

City Con: If you're ever out drinking in St. Louis and spot some eye candy, remember this helpful tip from your friends at NM.

Another test awaits our shaken defense with a hungry Blues team who flatly need the two points more than we do (St. Louis is eight points back of the 8th seed). The Blues were ravaged by injuries earlier in the season, but now have almost their entire compliment of wingers and should provide an up-tempo test for rearguards with increased responsibility (Rome damn near had 20 minutes against Calgary). We'll see if AV aims to keep Salo under 20 minutes again.

Up front the top six are trucking along and, for a change, it's not the twins or Kesler leading the charge. Samuelsson is out of control (12 points in six games) and Burrows has the longest active point streak in the league in the last nine games (8 goals, 3 assists). Malhotra's line is still coming up short but still seems nonsensical to complain about it. The revamped fourth line barely saw the ice with Calgary, but the Blues are rather familiar with the penalty box, so those waiting to see what an ornery Oreskovich can do may get their wish. Oh and Raffi needs a hug (one shift in the third period against Calgary; it was only a matter of time before AV rained a shitstorm down on him).

You know a good Valentines Day gift? Plenty of hometown Boos in the Scottrade Center, perhaps a humble Halak being pulled before the third.