Your Morning Coffee- Thursday Feb 10- If it looks like a Duck... 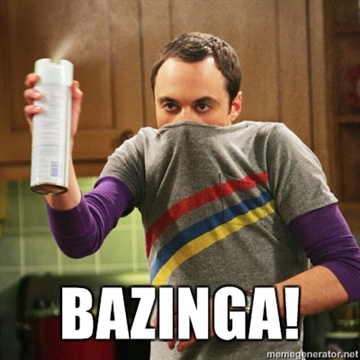 First off I want to thank you all for the incredible response to my post yesterday, and especially to those who shared their own stories.  I have always been proud to be part of what I feel is the best damn Canucks blog on the interwebs, but never more than I was yesterday.  Today is a new day, and I am back to being a miserable so 'n so.  Heh.  And why, you may ask?  Simple.  I don't give a fat rat's ass if he didn't leave his feet: if you're blaming Dan Hamhuis in any way for what happened last night, you're part of the problem.  Ryan Getzlaf can tell us he didn't mean for Hammer to get hurt all he wants.  I call bullshit on that.  It was a disrespectful and needless hit, and it doesn't matter that Hamhuis changed his position.  Getzlaf hit him the way he did to hurt him.  It's all about physics, kids.  All that Big bang theory must be paying off, because I believe the way he hit him is what we should be focusing on.  More after the jump...

Here's the video, as you have seen posted previously.  The slowed down replay appears at around the 0:32.  Hamhuis has turned, because he's a left-hand shot and he fires the puck off.  Getzlaf was approaching, and the puck is long gone when he makes contact with Hamhuis.  Freeze the video and look at the positioning.  Getzlaf uses his forearm to hit Hamhuis on the left side of his back.  I don't claim to know physics, but I know enough to know the only possible reaction to that hit is for Hamhuis to spin into the boards.  If Getzlaf hits him square in the numbers, Hamhuis would be launched forward, and he plays out the rest of the game.  I find it hard to believe that by this point in his career that Ryan Getzlaf, along with every other NHL player doesn't know that there are ways to hit a guy to get the maximum impact.  It's like making a shot in pool.  A chip shot.  And when you factor in Hamhuis had already dished the puck, that hit was disrespectful, no matter how you look at it.

As far as the loss, the Canucks have won a number of games of late where they didn't turn in a 60 minute effort, so it was hardly a shock that they came up short on the scoreboard.  But does that mean we should suddenly fear the Ducks should we meet them in the playoffs?  Hell, no.  First off, the Ducks are far from guaranteed to be in the dance as it is.  They're in 7th place right now in a division that is too close to call and if there's one thing that leaps out at you, it's their goal differential.  The only team with a good +/- in the Pacific is the Kings, and they currently sit in 10th place.  As good as Jonas Hiller has been, this is a team that cannot keep the puck out of their own net, and last night showed it.  They were a tad lucky Daniel Sedin whiffed uncharacteristically on a set up with a second to go, or that game goes to OT.  And let's not forget for as bad as the Canucks played, the Ducks blew a 3 goal lead.  Anyways we hope to soon have official word on Hamhuis' condition, and with Sami Salo making his season debut, maybe things will settle down on our embattled back end.

Where to start from last night?  How about that Boston/Montreal game?  As fun as it was, I think the Bruins came off way douchier when the smoke cleared.  Seemed to be more mismatched fights that favored the Bruins, and they seemed intent on prolonging the confrontations despite having a commanding lead on the scoreboard.  I wasn't impressed with Gregory Campbell not shaking his elbow pad free in his fight with the Habs' Tom Pyatt, that was... um, hang on a sec I have a phone call.... Holy hell, Colin Campbell just suspended ME for 4 games!  All that was missing from that game was a Bruins player going into the crowd to beat a Habs fan with his shoe (yes I know it was a home game)... The Calgary Flames rattled off another win as they beat the hapless Ottawa Senators 5-2, and Mike Fisher today was rewarded by getting his ticket off the island, he was shipped out to be closer to his wife in Nashville... The Colorado Avalanche continue to suck, and with the NHL heading into the home stretch, it makes you wonder if Peter Forsberg is going to regret coming back to this team if they can't turn things around and quick...  The Detroit Red Wings lost again last night, and you have to wonder if things are finally gonna fall apart in Motown.  That loss to the Predators leaves Nashville just 5 points back for 1st in the division... The Chicago Blackhawks beat Edmonton last night, but remain in 11th after getting no help from the scoreboard last night.  The Hawks picked up Micheal Frolik from Florida yesterday, swapping out some grit for finesse, but I still think they tampered too much with the chemistry of the team and are paying the price for it now...

Going old school again with a band that was the Seattle sound while that Cobain fellow was still stealing car stereos to pawn for his latest fix.  Though they never quite hit the heights of bands like Metallica, Megadeth and Anthrax back then, it certainly wasn't because the music wasn't up to snuff.  The band continued on with a couple different singers after original vocalist David Wayne left.  Wayne even reunited with the group for a while before embarking on another solo project before dying tragically from complications suffered from a car accident.  The band finally called it a day recently, but they have certainly left a rich musical legacy, and along with bands like Queensryche and Forced Entry were the face of Seattle metal.

A Light In The Dark