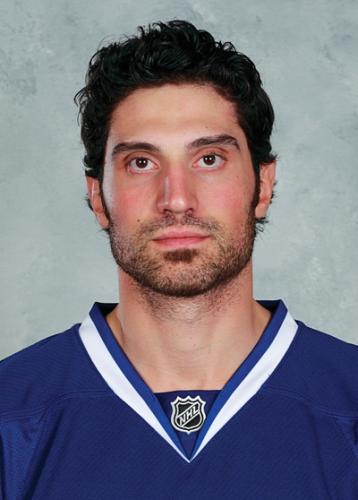 It was a tough week for the Chicago Wolves as they’ve now dropped four straight games, including all three they played this week. With the possibility of six available points over the weekend to be had, the Wolves only managed to get two, one with a shootout loss Friday night against Abbotsford and one in an OT loss to Grand Rapids.

There was one period of solid play in Friday night’s game against Abbotsford and then the wheels fell off as first period goals by Tim Miller and Kevin Connauton were nullified by two second period Abbotsford goals. The 3rd period ended in a 2/2 tie and eventually went to the shootout. The shootout has been a weak point for the wolves this season as they’re 0 out of 3 attempts. Eddie Lack has taken the loss in each shootout this season. The shootout woes are twofold, first, the team has trouble scoring, with Mark Mancari being the only person to score out of a possible five, and second, Eddie Lack has still not improved in the shootout. He seems to cover the bottom of the net well, but struggles to adjust if the puck is elevated.

After the game Friday night, the Wolves boarded a bus to Grand Rapids, Michigan. By my scientific research, AKA Google maps, Grand Rapids is three hours and six minutes away. The only player who seemed to actually make the trip was Mark Mancari who, with the wolves trailing 3-1, managed a natural hat trick in four minutes and twenty seconds making the score 4-3. Then with a Grand Rapids goal stuck in there regulation ended with the game tied 4-4 and the Wolves went to overtime, where they lost 3:17 into the period. Matt Climie didn’t have a great game, but the defense struggled to get pucks out from in front of the net and essentially didn’t do him any favors.

Another three hour and six minute drive awaited the Wolves as they came back home for a matinee game against Abbotsford. I had my reservations about this game, figuring the team would be exhausted from a rough weekend schedule. They proved me right as they came out FLAT as could be and lost 3-1 in an utterly lifeless effort.

Player of the week – Marc Mancari – If I gave Anton Rodin for having that sweet, sweet goal a few weeks back, how could I not do it for a guy who got a hat trick in less than five minutes and is basically the only reason the Wolves got that 2nd point this weekend?? In three games this weekend Mancari had 3-2-5 totals, and made numerous solid plays on defense. I’m hoping he’s rounding into form seeing as he was a dominant force in the AHL last year.

Busy Day for Transactions – Victor Oreskovich was called up to Vancouver, if they were looking for a 4th line grinder, I was personally thinking that Mike Duco earned the shot, but there’s a reason I’m not an NHL GM

Darren Archibald to Kalamazoo (ECHL) – Darren scored in his first game, but hasn’t had a point since and I think he’ll get more ice time in Kalamazoo and work his way back up

Dustin Friesen and JP Testwuide to Missouri (CHL) – Neither was getting a large amount of ice time in AHL, so they should get some time in with the Mavericks

Coming up this week – Wolves have another three in three with a game at Rockford on Friday night, then home for games against Milwaukee and Grand Rapids. I will NOT be doing an update next Monday as I’ll be in the middle of the ocean on my way to St Maarten on the Norwegian Epic, so I apologize for that but I’ll get everyone all caught up when I get back.