Canuck Brunch- The Season Of Giving

Share All sharing options for: Canuck Brunch- The Season Of Giving 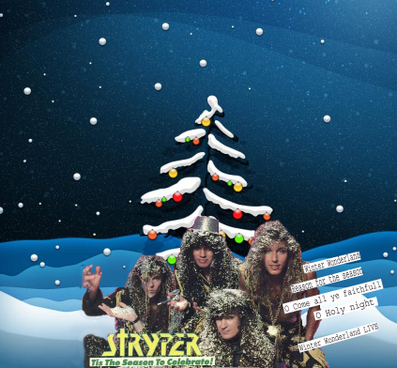 Ho-ho-holy crap I am so sorry for that picture. It does tie in with the theme for tonight's matchup against the Calgary Flames however. Are the Canucks going to be giving the Flames a win by taking the night off, or giving them what they truly deserve: another ass-kicking. The Canucks were sitting in 11th place in the Western Conference on November 5th, with a record of 6-7-1. Since then, they've gone 15-4-1, and with a win tonight can vault past the idle Minnesota Wild into 1st place in the Northwest Division and 2nd in the conference, just 2 loser points behind the first place Chicago Blackhawks. And if the Canucks are truly in the giving mode to their fans tonight, none are more deserving than all of you who will be gathered at the Nucks Misconduct Christmas Meetup, because dammit it's about time the Canucks won when we have one of these things. More after the jump...

One thing that seems to have quieted down of late? Chirping Roberto Luongo. Certainly from our own side of the wall, as Luongo haters have absolutely nothing to yap about right now. Lu's been amazing since coming back from injury, hell he even made a stop on one of those behind the net snack goal shots against Detroit Wednesday night, as if to prove he means business this year. He's certainly made adjustments to the chinks in his armour that caused him so much trouble in October, and is playing as aggressive and confident as I've ever seen him. Why, it's almost like he feels like he has something to prove.

The Canucks are starting to look a lot like the team that fumbled out of the gate last season then basically steamrolled their way through the rest of the season. A couple real positives are they seem to be once again having injuries not slow them down, and they're definitely getting scoring from numerous sources, no better example of that than the win over the Wings. Goals from lines 1,2 and 3, as well as a defenceman seems to be their MO of late, and a testament to the depth that makes this team so hard to play against. Shutdown the Sedins and Burrows, and you have Kesler, Raymond and Higgins to worry about. Shut them down? Hansen, Hodgson and Malhotra can get it done. Hell even the 4th line of Lapierre, Weise and Ebbett/Mancari.

I would normally be a little worried about a letdown this close to Christmas at home, but with the chance to get into the division lead, and a game against a bitter division rival, I am quite confident the Canucks will have all the motivation they need tonight. It presents quite a conundrum for the Flames: try to play the Canucks physically and risk putting their mediocre penalty kill up against the best power play in the NHL, or try and match them with skill and speed, something that the Flames team simply cannot do. And having played the Wings last night, it would do the Canucks well to come out hard in the first and hit the Flames hard and often, wear them down early.

Common sense would tell you that the Flames would try and start Mikka Kiprusoff tonight, but Dan Murphy tweeted earlier that he heard from his Flames counterpart Roger Millions, who was suggesting that former Vancouver Giants G Leland Irving might get the start. Adjust your predictions accordingly.

A couple interesting games tonight on the NHL schedule, most notably a Winter Classic preview as the Rangers and Flyers square off for the HBO 24/7 cameras. The Bruins will be looking to exact some revenge on the Florida Panthers tonight for having the audacity to go off script and beat them in regulation, while the Pittsburgh Penguins roll into Winnpeg to get booed all night. Oh and also to play the Jets. Pittsburgh will be without Derek Engelland, who was suspended 3 games for leaving his feet to deliver a headshot earlier in the week. Speaking of crime and punishment, Rene Bourque returns to the Flames lineup tonight after serving a 2 game suspension for his hit from behind on Chicago's Brent Seabrook.

BAND OF THE DAY

No one band today, just a holiday cheese platter of some metal xmas tunes for you. From Mrs Waachcast and myself, we hope you all have a joyous, festive, happy holiday season of whatever you celebrate. And whether it's tofurky or the real thing (which is in the oven right now and making the house smell absolutely amazing) make sure you live it up, in the Saturnalia tradition. Just don't drink and drive. On to the music...