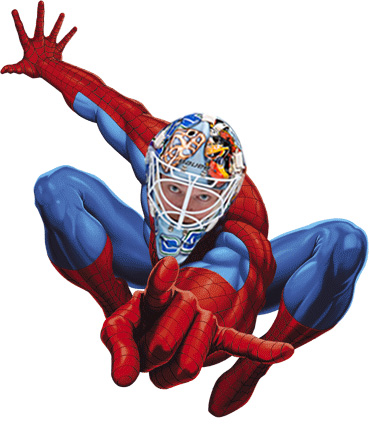 Cory Schneider will be back between the pipes tonight. Hopefully his return is more Spider-Man 2 than Spider-Man 3, and at the end of the night the Canucks don't end up pointless, like the upcoming remake.

Zandberg said it best over in the game preview thread:

Please Canucks, for the love of God, you took a night off last game (except Luongo). Now go out there and bury these punk Hurricanes. Don't make me angry. You have to beat these shitty teams, in regulation, without f*cking around and taking half the night off.

The Hurricanes are 1-7-2 in their last 10, and will be sans their best player (Jeff Skinner).

That's all for today. I leave you with naked Santas.