Share All sharing options for: Canuck Brunch- Pull The Plug 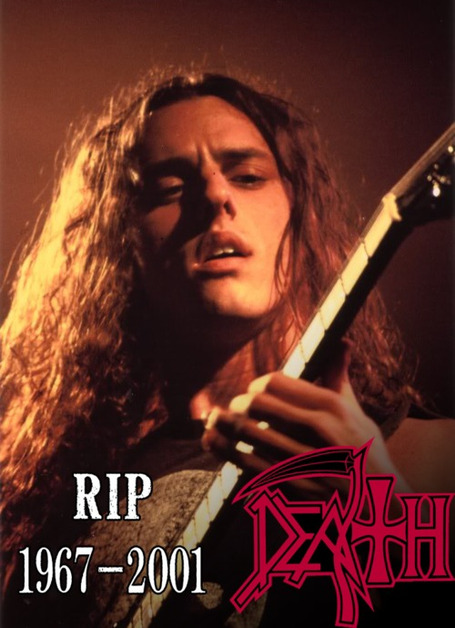 I guess if you're looking to keep pace with a team that doesn't seem able to lose, you can't ask for more from the schedule makers than this current setup. The Canucks have been tasked with taking on some of the Eastern Conference's underachievers on this road trip, and tonight dip back into the 'West' to take on the NHL's cellar dwellers in Columbus. The Canucks don't think too much about how other teams are doing though, this team is focused on being in control of their own destiny right now, much like last season. And just like they were a year ago at this time, the Canucks appear poised to go on a long run where they find the way to win every night. And while you don't like to dismiss other teams outright, opportunity is knocking tonight, offering up 2 points for the Canucks and their high-powered offence. And as bad as Steve Mason's season has been, tonight's gonna be a nightmare for him and the Columbus Blue Jackets. You have to wonder what it will take to get coach Scott Arniel, or GM Scott Howson for that matter, dismissed. Maybe we'll find out tonight, hmm?

After a rather thorough dismantling of the Ottawa Senators Saturday night, the Canucks roll into Ohio looking for their 5th straight victory. All signs point to Cody Hodgson being in the lineup tonight, which is remarkable when you saw him doing his Jamie Macoun impersonation after a high, hard hit from Ottawa's Nick 'The Stomper' Foligno. Ryan Kesler also took a dirty hit from Foligno, but his 2 g 1a performance showed him to be no worse for wear. And Kes will no doubt be fired up as he faces the Newman to Jerry Seinfeld, the Moriarity to his Sherlock Holmes, the Giant Chicken to his Peter Griffin: RJ Umburger.

The lead up to this game saw Columbus make two very curious roster moves: the first one telling G Steve Mason he would be getting his first start in about a month. The other was calling up Dane Byers to replace Derek Dorsett, who was injured Saturday night against Boston. Byers has amassed 63 penalty minutes in 23 games in the AHL this season, and in his NHL career has played 6 games and racked up 31 penalty minutes, all of those coming in a 5 game stint with the Rangers. Are the Columbus Blue Jackets really going to try and do that Boston Bruins thing and physically abuse the Canucks best players? Ask Colorado and Ottawa how well that worked out. This ain't June, Vancouver now deals with invading bears accordingly.

Roberto Luongo gets the start in goal tonight for the Canucks, and he has been excellent since returning from injury. To be honest, the Canucks aren't doing a whole lot wrong these days, and even when they do, they're addressing the issue and correcting it, often in the same game. It's a testament to what many said about the Canucks after they stumbled out of the gate to start the year: Give them time and they'll get back to normal. Normal for this team apparently is winning handily.

Andy Sutton may be right when he says that the NHL should be having an independent and impartial arbitrator available for players that wish to appeal their suspensions. Puck Daddy today likened the whole process to Shanahan being like Judge Dredd (I was happy to see Wysh corrected the spelling. The comic book nerd in me was outraged!). Is Sutton a victim here? No. Try as he might, this wasn't the case of the new approach to player safety in the NHL making him a victim. It was working as it should. I would be cool with an independent panel being involved in this process. I just don't think the sad histrionics of a guy suspended 7 times in his career for dirty hits should be the poster child... It's sure looking like former Calgary Flames GM Darryl Sutter is going to land the head coaching job in Los Angeles to replace Terry Murray, who was given his walking papers by Dean Lombardi yesterday. Here's the top 5 reasons why we at Nucks Misconduct fully support the hiring of Darryl Sutter:

1- His energetic and entertaining press conferences.

2- Much like Gretzky's move there in the 80's, it's a nod to hockey's allegiance with the beautiful people.

3- Especially with realignment next season, Flames/Kings games will officially be must see tv.

4- Dustin Penner can finally get the help he needs.

BAND OF THE DAY- DEATH

In a strange twist, last week I paid tribute to former Pantera guitarist Dimebag Darrell's passing. Today I honour another metal legend, on the day the Canucks are in the city where Dime was murdered. 10 years ago today the metal world said goodbye to Chuck Schuldiner. Schuldiner is considered by many to be the founding father of death metal, forming his first band Mantas in Florida at age 16 with Rick Rozz and Kam Lee (who would go on to form Massacre). In 1986 he left Florida and moved to Toronto for a short stint with Slaughter (these guys, not these guys), but moved back home later that year to form a new band: Death. The early years of the band saw them release a number of albums, each one considered a classic in the history of metal. The raw, guttural guitars and vocals, breakneck pace and virtuosity of Schuldiner's leads garnered the band a huge underground following, and death metal bands around the world began to spring up, inspired by the band. Schuldiner disbanded Death following the release of 1998's The Sound Of Perseverance. In 1999, Schuldiner returned with a new band, Control Denied, a much more progressive-styled band. In May of 99 Schuldiner was diagnosed with high-grade pontine glioma, a type of cancer that attacks the brain stem. He had surgery to remove the tumour in Jan 2000, and the metal community rallied to raise funds to help him and his family pay the $70,000 medical bill. From Wikipedia:

About two years after his original diagnosis, in May 2001, the cancer returned and Schuldiner fell ill again. He was originally denied surgery (which he needed immediately) due to lack of funds. A press release called for support from everyone, including fellow artists. Jane Schuldiner urged all who read the statements about Schuldiner and his illness to go out and get insurance, stating her frustration in the American healthcare system. Schuldiner had gotten medical insurance after his first surgery, but the insurer had refused to pay because the tumor existed before he had gotten the insurance.

Schuldiner was able to get treatment thanks to the efforts from musicians as varied as Kid Rock to Napalm Death, but late in 2001 Schuldiner developed pneumonia, and died December 13, 2001. His legacy lives on not just in the music he left behind, but the genre itself, which owes so much to his creative energy and innovation. If you'd like to know more about Chuck and the band, go to http://www.emptywords.org a site run by Schuldiner's family. Here's my favorite tracks from each Death album as well as a couple other goodies:

And a couple of my favorite Death covers: