Morning Buzz: Jumping to conclusions for tonight's game against Columbus

Share All sharing options for: Morning Buzz: Jumping to conclusions for tonight's game against Columbus

How will the Canucks fare tonight against the Columbus Blue Jackets? Forget about predictions, lets jump to conclusions, Office Space-style. 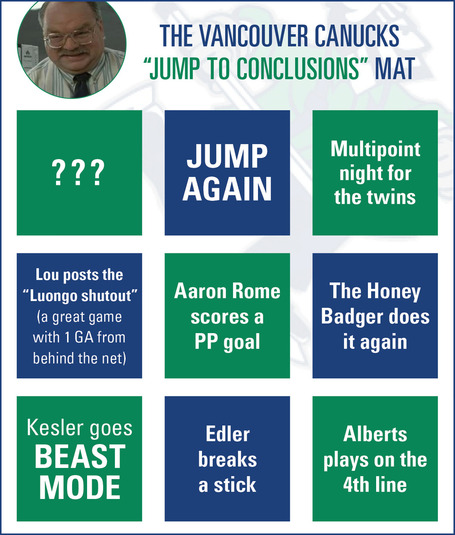 Edler breaking a stick and the twins posting several points are the safe bets, or will you go OFF THE MAT?!

If you're sick of this nonsense, click through for some news.