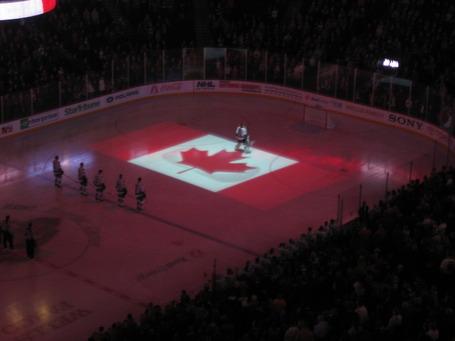 I was in Minneapolis for a conference last week, and wouldn't you know it - the Canucks were in town to play the Wild while I was there! Naturally I got tickets the second they went on sale back in September, and I have been looking forward to this game all season. Unfortunately the Canucks put forth one of their worst efforts of the season. Let's not talk about that anymore please, it was painful to watch - especially with a Blackhawks fan in my row cheering loudly against the Canucks and heckling me every time the Wild scored.

But aside from the result on the ice, attending the Canucks/Wild game was a fantastic experience. Minnesota is not called the State of Hockey for nothing - the passion for the game runs deep, and the Excel Energy Centre reflects a strong love of the sport and pride in Minnesota hockey. After the jump, much more from the arena, including awesome beer, a bizarre jersey foul, the Hobey Baker Award, and my sweet Nucks Misconduct t-shirt! 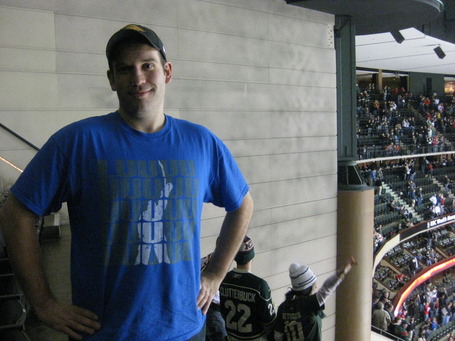 This is me, rocking my Nucks Misconduct Store shirt. Unfortunately, instead of "LUUUing" I spent most of the game cursing the Canucks defensive effort for hanging Cory Schneider out to dry. Big thanks to Nucks Misconduct reader and sometime commenter radepalma for the awesome birthday gift! 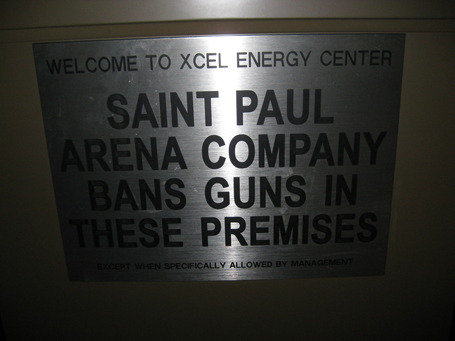 Upon walking into the arena I had one of those "Oh yeah, people in the US can carry guns" moments. The picture is not great, so if you can't make it out, it reads "SAINT PAUL ARENA COMPANY BANS GUNS IN THESE PREMISES." Cultural differences, my friends, cultural differences. 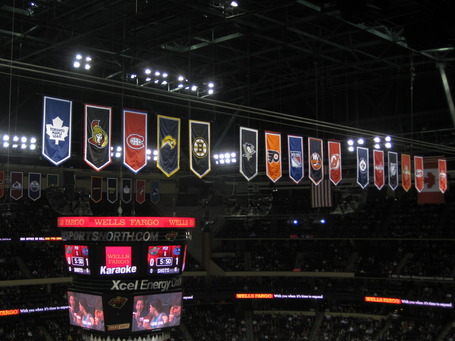 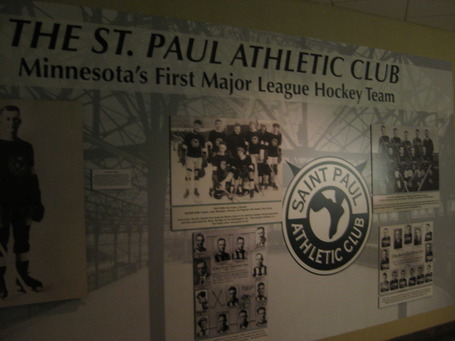 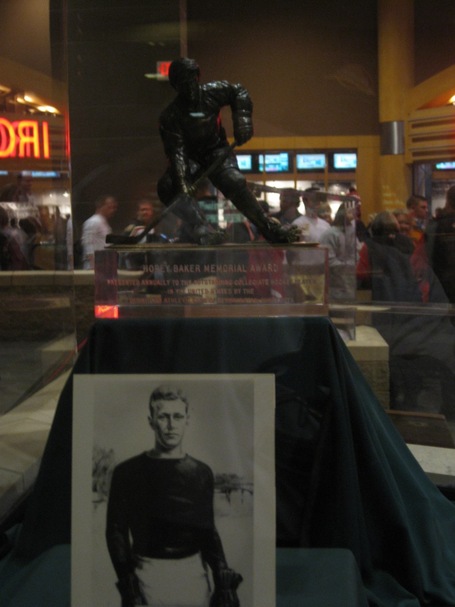 One really cool thing about the Wild's arena is the pride it demonstrates for hockey and, particularly, Minnesota hockey. The whole building feels like a celebration of the sport. The first picture is of the sharp-looking banners that are hung in the rafters - one for each team, and divided by conference and division.The second is one of a handful of historical displays I saw that outline the history of hockey in the state. And third is the Hobey Baker Award, which is awarded to the top NCAA Men's Hockey Player each season. It's a pretty nice looking trophy and was pretty cool to see. 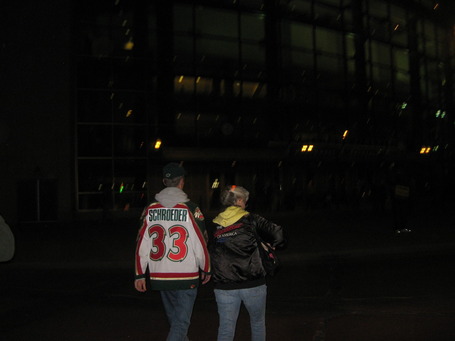 I get that Jordan Schroeder is from Minnesota, and that he starred for the University of Minnesota Golden Gophers. But he plays for the Canucks (okay, the Chicago Wolves) and not for the Minnesota Wild. Unless I'm missing something, I think that qualifies as a jersey foul. Was this a premature purchase by an eager Wild fan hoping that Minnesota would take the home town boy in the 2009 draft? Or is the fan related to Schroeder but also committed to the Wild. Either way, rocking this jersey - particularly against the Canucks - is kind of bizarre. 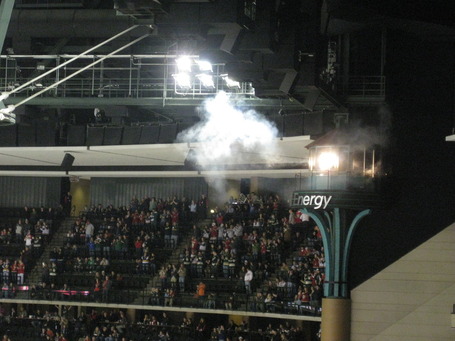 This is kind of cool - after a Wild goal, two of these lighthouse-like structures (where are we, Long Island?) light up as smoke billows forth. Not so cool - seeing this happen five times. Also, I'm not at all sure where the lighthouse/Wild connection comes from, but who really cares? It looks damn impressive. 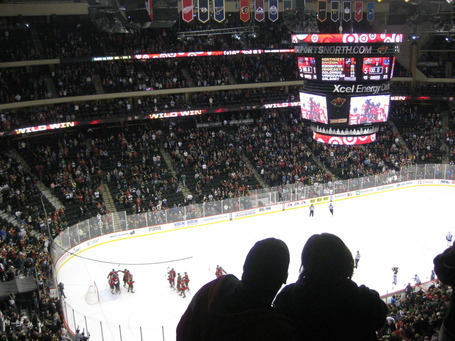 The view from the cheap seats. 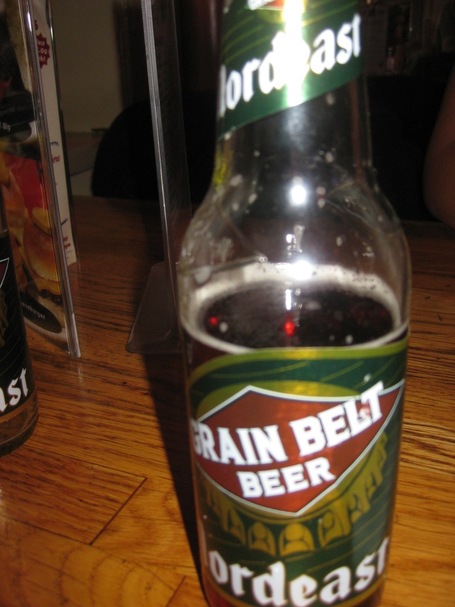 And finally, I am pleased to report that Minnesota has a robust local beer industry! I managed to drink only Minnesota beer the entire time I was in the state, and it was all quite delicious. Grain Belt Nordeast is delicious. Summit and Gluek's also make some excellent beers. When in Rome... sample the local brews!