Share All sharing options for: Canuck Brunch- Flash Of The Blade- November 6 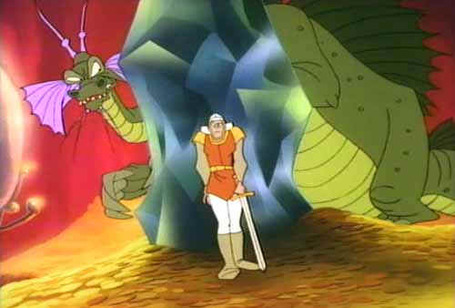 While there's some optimism to be found on these pages, overall Canuck Nation isn't too positive heading into this afternoon's first meeting of the year with the Chicago Blackhawks.  And I am one of those.  Do I think this funk the team is in right now is a sign of bigger problems?  Nope.  But I don't see them correcting this overnight, either.  A good game in St. Louis might have given them some confidence and a bit of momentum heading into tonight.  Perhaps they were looking ahead to Sunday?  Either way, the Canucks will need to not just dig deep and recapture the spirit and drive of that team last season, but also hope the Slayer of Dragons is good to go.  The potential loss of Alexandre Burrows is huge, meaning more shuffling of lines as Alain Vigneault and his staff try to find something that works.

One thing that has to change?  David Booth has to start showing even a glimmer of that 30 goal form from a couple seasons ago.  I'm all for adjustment periods, but so far he's shown himself to be a curly-haired version of Mason Raymond.  A lot of flash, a lot of speed, but somewhat lacking in the finish department.  Sure Booth has chipped in a couple of assists, and actually fought in the game against the Blues, but this guy was brought in to be a compliment to Ryan Kesler, who is also stepping out of his grace period, with me at least.  The 2nd line isn't much of a threat right now and that needs to change if the Canucks want to start making up ground in the Northwest.

And then we come to Roberto Luongo.  Which one will we see tonight?  The one that everyone seems to think is the only incarnation, giving up a ton of goals?  Or is it the one who went into the United Center last season and shut out the Hawks in response to that 7-1 beating they inflicted on the Canucks at home?  While I am not too positive the team comes out with a W today, my gut tells me it's not going to be Luongo that's to blame.  If the Hawks win, it will be perfect shots or deflections that beat him today.  Not that it matters.  He could lose 1-0 on a goal put in by one of his own players and he'd still get eviscerated.  I think he's motivated to play well, and his regular season numbers against the Hawks are pretty decent as Sean pointed out.  This one's a low scoring game either way.

So what could help the Canucks cruise out of Chicago with a win?  Well if Duncan Keith isn't ready to go tonight, that certainly helps their chances.  Keith's been solid this year, and having their best Dman out of the lineup would hurt any team.  Then, there's that Carcillo character.  He was on Twitter talking smack, literally, yesterday saying he was going to 'backhand slap some Canucks' or something to that effect.  There's been much said about Carcillo only serving 2 penalty minutes so far this season.  He also served a two game suspension for his hit from behind on Carolina's Joni Pitkanen.  Sure he's played well, seeing ice time on the top line with Patrick Kane and Marian Hossa.  But the Blackhawks and their fans should get over their giddiness of seeing Carcillo lay out his plans to go after Canucks players (especially the ones no longer on the roster).  Some people may eat that stuff up, but given Carcillo's history and the history in Vancouver of threats being carried out, I have a sick feeling about his plans for the evening.  Let's just say a meeting with Brendan Shanahan for Carcillo over something that happens in this game will hardly come as a shock to me.

The Canucks special teams, in spite of their recent play are showing signs of life.  And with Carcillo and our old pal Dave Bolland all but saying they're out to hurt players like Daniel and Henrik Sedin tonight, I expect the Canucks to get a number of power play opportunities, and they will need to make them pay for every infraction if they want to win.  I'm trying to keep the rhetoric toned down here, but I would be thrilled if say, tonight's officials actually call Bolland for slew footing one of the Sedins this year.  He's done it multiple times, and it's gone unpunished.  We all know the narrative heading into the game.  We also know that, especially against the Blackhawks things aren't always what they seem.  There's a glimmer of hope, but they'll need a lot of things to go right to get the W.

On an unrelated note, today is the 8th birthday of the mothership, SB Nation.  I know I speak for the rest of our gang when I say how proud we are to be part of this great team of blogs covering the entire spectrum of sports.

Not sure which game was wilder, but there were a number of blowouts.  As far as the Bruins 7-0 stomping of the Leafs, I wouldn't read too much into that.  Both teams were due for a game like that, and I thought it was rather weak of Jim Hughson, Craig Simpson and Glen Healy to harp on and on about bubbles bursting and things like that.  It was a bad team game with the 3rd string goalie in net.  You'd think that after so many lackluster seasons in Toronto, someone from HNIC would cut them some slack.  Apparently not, though Leafs fans would do well not to push the 'Hughson hates the Leafs and loves the Canucks' thing.  It's one of those things they say we do that makes us so despised.  Take your own advice and zip it... The hockey world is focused on Columbus right now.  No, seriously.  After last night's 9-2 massacre at the hands of the Philadelphia Flyers, something has to give.  Will it be coach Scott Arniel?  Or how about GM Scott Howson?  Or... will it be Rick Nash.  Despite committing long term to their captain, a team that loses 20 million a year (as was recently rumoured) and a 7 million dollar a year salary just don't seem to mesh.  But what to give back.  You know goaltending has to be part of any trade package for the Jackets, as they are likely at their worst in that position.  Is a trade likely to happen?  Nope, just channeling my inner Eklund there.  But something has to give in Columbus, and soon.  You never want to see a season lost before Christmas, let alone Thanksgiving... If you're gonna shake off a losing streak, it's best to do it in a big way, right?  Doesn't get much bigger than s 5-0 dismantling of another struggling team, as Detroit (0-5-1 in their last 6) hammered Anaheim (now losers of 8 of their last 9 after starting the year 4-1-0).  Niklas Lidstrom scored twice (and my fantasy team thanks you for that, Sir) in a game that saw Teemu Selanne receive 22 minutes in penalties including a game misconduct!  Anaheim coach Randy Carlyle explains: "What happened was he said too much, I guess to the referee on the initial unsportsmanlike and then he gave 10 when he said something," Ducks coach Randy Carlyle said. "And I guess after they scored the goal, he went by the penalty box and said something else and he threw him out."  Selanne was enraged after a non-call against Danny Cleary, who held up Corey Perry on an odd-man rush.  Guess we know who won't be winning the Lady Byng this season...  Late word has no Duncan Keith for the Hawks, while Sami Salo tested his injured groin but left the ice soon after, meaning he is likely a no-go.  Alex Burrows did not skate, no word yet on if he is out tonight.

BAND OF THE DAY- MEGADETH

If you honestly thought the Metallica collaboration with Lou Reed was gonna be something special, you're probably feeling pretty stupid right now.  Why not cleanse your palate with Megadeth's latest release 'Th1rt3en'.  Dave Ellefson has returned to the fold and it's a pretty decent album, with some trademark Dave Mustaine riffage throughout.

Today's bonus clip is Iron Maiden's Flash Of The Blade