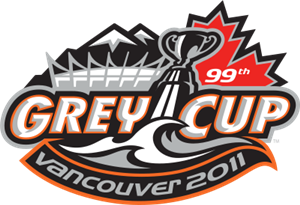 The big day is here, and for fans of the Canadian version of the game, it's our Super Bowl.  The hometown BC Lions take on the Winnipeg Blue Bombers this afternoon at BC Place on a very prototypical BC November day.  Make sure the beer is cold, get the chili on the go, get the wings ready and join us for some football talk.  Some real compelling storylines here today: The Blue Bombers were the best in the Eastern Division this season, a stunning turn around from the previous year which saw them finish 4 and 14, missing the post season for the 2nd straight season.  Head Coach Paul La Police has done a marvelous job of bringing this team back to respectability, though the team and some players took some flak this season for the 'Swaggerville' nickname, causing many to see them as unjustly arrogant (yeah, we're tired of hearing that word around here but bear with me).  The Lions meanwhile looked to be down and out this season, losing their first 5 and after a 2nd loss to the Bombers sat at 1-6 before QB Travis Lulay emerged as a superstar and led this team out of the woods to 10 straight wins and a most improbable division title.

Lulay was the backup to the man taking the snaps for Winnipeg today, Buck Pierce.  Pierce was released by the Lions as they decided to give Lulay a shot, looking for the kind of stability at QB that the oft-injured Pierce couldn't provide.  Will Lulay and the Lions continue the Cinderella run and wrap it up with a win at home for their fans, or will Pierce make them pay?  Either way it should be a great game, as the Grey Cups often are.  Usually the Super Bowl is decided before the half is done, and then it's all about the commercials.  For some reason, the Grey Cup always seems to be a nailbiter.  Shame it's not someplace like Edmonton or Regina.  I love that there are still some venues that allow Mother Nature to have an impact on the game, like it does during the season.  The NFL could learn a lesson in that.  So, enjoy the game and here's a couple clips for inspiration: