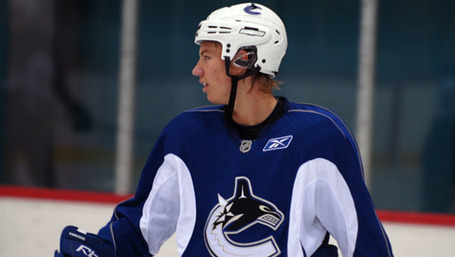 Friday night the Wolves played the final game of their annual circus road trip and they came away with their 2nd consecutive 6-3 victory against the Admirals. This was by far the most dominant game by the Wolves this season. Darren Haydar got things started off an Admirals turnover in the first, to continue his monster season (7-12-19 through 15 games). Goals by Connauton, Longpre, Sweatt, and Duco followed in the 2nd as the Wolves built a 5-0 lead before got their first tally. Mark Mancari completed the Wolves scoring with an empty netter late in the 3rd. Matt Climie got the win during his 4th consecutive start in net and saved 31-34 of the shots he faced.

Saturday night the Wolves were welcomed home with a crowd of nearly 11,000, but it didn’t help. They looked extremely flat to start the game. scored 4 minutes in and kept the pressure on as they built a 3-0 lead by the end of the first period. The Wolves opened the scoring in the 2nd with a goal by Haydar (who else?), but answered two minutes later to regain their three goal advantage. This fouth goal by the Rampage seemingly woke up the Wolves and midway through the period Anton Rodin picked up his 2nd goal of the season on a beautiful breakaway (More on that later). Duco added a goal ten minutes into the 3rd but that would be it for the Wolves scoring, they lost the game 4-3. Eddie Lack got the start and was clearly rusty since he hadn’t played since November 3rd. To his credit, he locked it down in the 2nd period and kept the Wolves in the game as they tried to mount a comeback.

The Rampage had just lost Michael Repik, Tim Kennedy, and top NHL goaltending prospect Jacob Markstrom, and I believe the Wolves took them lightly to start the game. I did like the way the Wolves responded, after a 17 shot first period, they only allowed 9 shots the rest of the game.

Next for the Wolves, a Wednesday night matchup in against the Stars and then brings their high powered offense to the Allstate Arena for two games on Saturday and Sunday.