Canuck Brunch- My Lawn. Get Off It.- November 13

Share All sharing options for: Canuck Brunch- My Lawn. Get Off It.- November 13 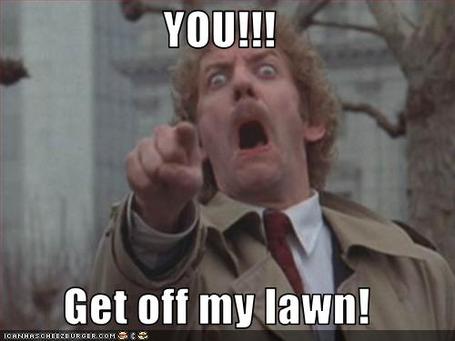 I like to think of myself as a pretty mellow dude.  A stereotypical Canadian, perhaps.  Polite, to a fault.  Willing to see the other side of an argument.  You know the drill.  But lately I find a lot of anger building up, hockey related (I am Canadian, as mentioned) on a number of things.  I really want to focus on tonight's game, always an important one after a long road trip.  The New York Islanders are in town, and that means the return of Michael Grabner.  I guess that's a good starting point on this little collection of venting.  While often when a Canucks player leaves the fold through trade or free agency, they're dead to me.  I appreciate what you did while you were here (in some cases, I can't say that with a straight face, right Jan Bulis?), but when you're gone, you're gone.  I hold a torch for few.  In Grabner's case, I was happy to see him have some success, mainly because I felt he didn't get a fair shake here in Vancouver.  Not his fault, not the team's either.  Just a victim of the numbers game and the Canucks' depth.  But when I see articles in the Vancouver media comparing him to Pavel Bure, I want to lose my mind.  Seriously?  One good season and suddenly he's comparable to not just one of the best to ever wear one of our 37 different uniforms, but one of the best pure goal scorers in the history of the game?  And we thought the HNIC was committing blasphemy by comparing the kids on the Oilers to Gretzky and Messier.  It's nauseating and disrespectful.  Grabner had a good rookie season, and deserved the Calder nomination.  34 goals and 52 points is a damn good year for a rook in today's NHL.  In Bure's 1st year, his numbers were almost identical: He had the same number of goals but 8 more assists.  The difference?  Grabs has a whopping 6 points thus far.  Bure followed this up with back to back 60 goal seasons.  60.  If Grabner gets to 60 points this year, it will be a feat considering his slow start.  Do not compare these two unless he can even come close to replicating this feat.  If Grabner leads the league in goals 3 times in his career, I will retract this statement, til then?  Piss off.

Next, we're gonna talk about the Bruins again... 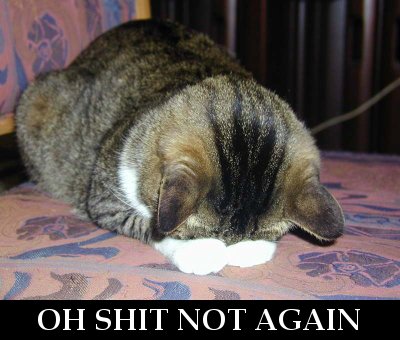 Yup.  Milan Lucic sure ignited another debate.  And for every fan that dislikes the Bruins, there seemed to be someone in the media who charged to Lucic's defense, calling out Miller and the Sabres.  So many problems with this whole mess, so let's examine them, shall we?

1- 'Pansification' of hockey be damned.  That was an illegal hit.  All of you who screech about goalies needing to be fair game outside the paint are also the ones making the most noise at the slightest contact in the crease.  It's clearly spelled out in the rule book that goalies are NOT fair game.  Add in that he hit him from behind, and it's dirty and douchey.

2- The post game comments from Ryan Miller were bang on.  There's nothing that he said that isn't true.  The comments from Milan Lucic?  Also true.  The Sabres should NEVER have let this just pass.  Whether someone bites the bullet and takes one for the team by throwing down with Lucic, or returning the favour on Tim Thomas, it HAD to be responded to, and it wasn't.  We paid the price for not responding enough to the Bruins thuggish behaviour (yes, Barry Rozner as much as you wish it to be true, as in westerns: the bad guys wear black).  As Bob McKenzie and PHT's Joe Yerdon pointed out, going after Lucic might not be the best tactic.  They have a point.  He is a tough bastard, of that there's no doubt.  And as Harrison Mooney pointed out on Puck Daddy, the Bruins closed in around Lucic, making it impossible to actually get to him.  The problem is there was a time that you used to treat your goaltender like he was your kid brother.  Anyone who laid a hand on him got knocked the hell out.  No questions asked.  I understand Miller's anger at Lucic.  But he should be PISSED at his own team for no one having his back there.  I hope to hell the Canucks took notes on this.  It's sad to see so many, especially in the media frothing at the mouth as they defend Lucic for such a cowardly play.  He plays the game with ZERO honour, as a quick trip through You Tube will demonstrate.  You can bet he didn't learn that from Don Hay.  It makes the idolization of him by segments of our fan base that much more sickening.  I just have the feeling that one of these days we will be dealing with a serious injury (or worse) at the hands of someone in black & gold, and I wonder what the Bruins unpaid PR department will have to say about it then.  As it stands right now, there's no shortage of apologists ready to defend their honour no matter how heinous the infraction.  Jeremy Jacobs could save some money and let his own PR people go, as long as Mike Milbury, Kevin Paul Dupont, Don Cherry and Joe 'Cabana Boy' Haggerty are around they have all their PR needs handled.

3- A lot of talk about bandwagoners (as usual) after the loss to Anaheim.  I can understand having a team you like in the Eastern conference.  Even in the West to some extent.  Hell, when I was a kid I liked the Islanders as well as the Canucks, thanks to getting to meet them through a friend whose dad played junior hockey with the Islanders legendary tough guy and playoff hero Bob Nystrom.  That dual fan thing ended in 1982, when the Isles swept the Canucks in the finals.  I could have gone with the winners, but the Canucks have been my team first and foremost since moving to BC in 1973.  Now the concept of cheering for a rival team?  I just can't wrap my head around it.  After June, to see some who profess to be Canucks fans reveling the success of the Bruins is nauseating.  Call it sour grapes or whatever, but loyalty means everything to me.  Interesting too that a number of these cases that I witnessed also seemed to be firmly entrenched in the 'Blame Luongo' camp.  Big shock.  Not gonna tell you how to enjoy the game, but not gonna take you seriously on anything if you're cavorting with the enemy.

4- Finally, some venom for our boys.  Tony Gallagher lashed out at them for their recent lackadaisical play.  And he's right.  The kind of effort we saw in the 3rd period is quite frankly what we should see in EVERY period from this team.  I've been railing on this all year, the lack of 60 minute efforts from this team.  The mind boggling way they seem to just no-show in the 2nd period.  This has to change.  That game was lost by a flat out across the board failure on the part of every skater on that bench.  Not Roberto Luongo.  He was left hung out to dry once again.  He had played well up until the first, and only one of those goals could be hung on him.  For the love of (insert deity here if you're so inclined) and my sanity, play the entire bloody game, please!!!  We're not in a situation where we need to panic, but the piss poor efforts are gonna start making the task more difficult.

BAND OF THE DAY- NOCTURNAL FEAR

Their latest album is called Excessive Cruelty, the 5th full length from this death-tinged thrash act from Detroit.  Here's the title track for ya: