Behind the Scenes: NHL All-Star Ballots

Share All sharing options for: Behind the Scenes: NHL All-Star Ballots 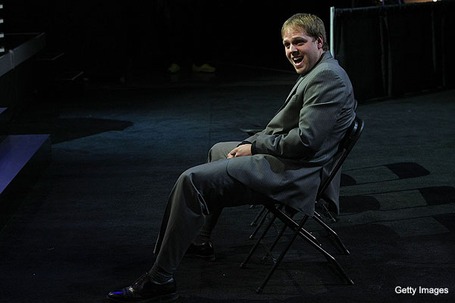 As many of you may have heard, the NHL recently released its NHL All-Star Ballots to the general public. Once again we get to decide who is going to go out there and play nominal defence in a glorified pond hockey game, and once again, we will be watching to see who gets "Kessel'd" this year as the last selection.

Now, as you may have noticed by now, I have many many connections in the hockey world. In fact, at one point I was called the "Eklund of Vancouver", which I have to assume is a compliment to the accuracy of my connections. And it is because I love you guys so much, that I want to share these connections with you. I just feel like you guys deserve a peek behind the curtain every once in a while. Why should I have all the fun? So what I am going to do today is let you guys see some e-mails I discovered last week.

What are these e-mails you ask? These are e-mails from General Managers, owners, and coaches that were sent to Gary Bettman about who they wanted representing their team on the All-Star Ballot. Yes, I am going to let you guys see part of the process that went into choosing who made the ballot!

Also, since I have very loose morals, I have kept all the names in the e-mails so you know who said what. Enjoy!

NOTE: Click on e-mails to make them larger. I tried to edit it to avoid this. I failed. I apologize. 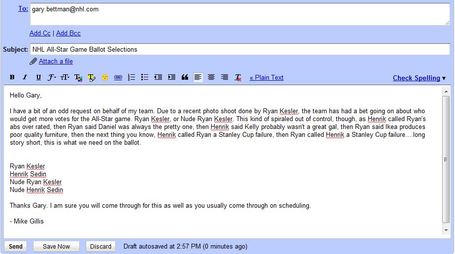 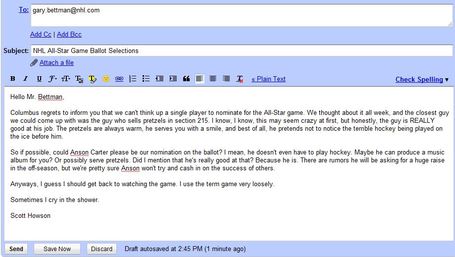 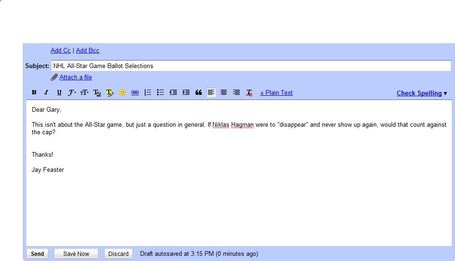 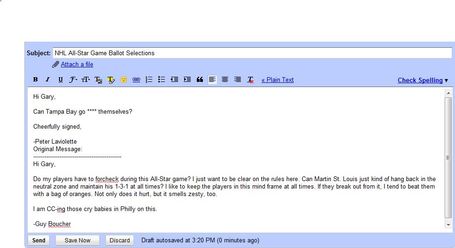 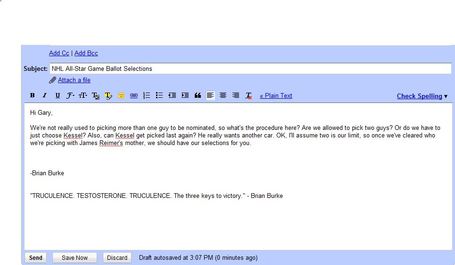 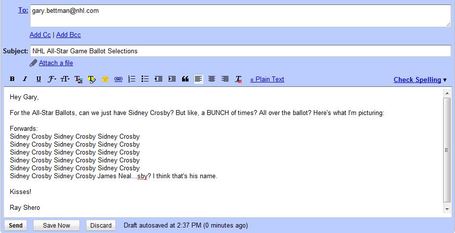 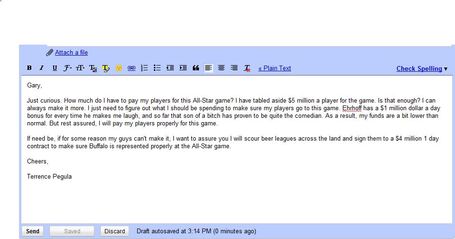