What Are You Looking At? Canucks @ Kings Gamethread

Share All sharing options for: What Are You Looking At? Canucks @ Kings Gamethread 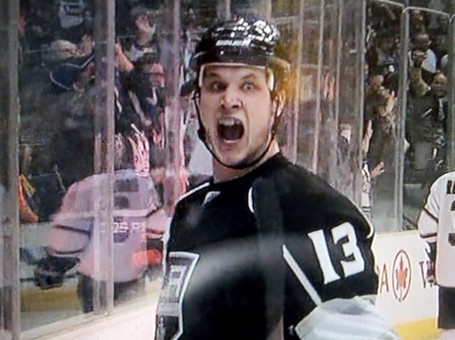 Searching for gamethread ideas, I found a couple contending images via Google Image searches for "kings suck" and "LA kings suck". If these were LA cheerleaders instead of Sacramento, you guys would've liked this one. There was also a Monty Python contender, as well as a Burger King one. This old NM gamethread also surfaced in the search, although the picture of Shane O`Brien at the Roxy was the one that showed up in the search. Ultimately, though, the one of Kyle Clifford above (taken from Purple Crushed Velvet) won me out.

Last minute addition to this thread is the updated lineups for tonight.