And Boom Goes the Dynamite (Now with more goaltending controversy. Or less. I'm so confused...)

Share All sharing options for: And Boom Goes the Dynamite (Now with more goaltending controversy. Or less. I'm so confused...) 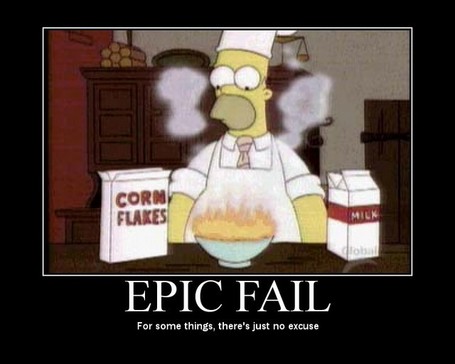 Another day, another disappointing loss. This time a 3-0 shutout by the St. Louis Blues. Cory Schneider looked pretty good for sporting a 3.00 GAA, which never stops people from tearing a strip off Roberto Luongo. So good luck with that, Cory.

Yeah, it was two bad losses against inferior opponents. Not great, but it is early in the season and bad stretches will happen. And the team is out of sync still, and struggling to get motivated after the June letdown. So let's all chill out, relax, and TRADE LUONGO AND SCHNEIDER AND MAKE EDDIE LACK THE STARTER BECAUSE HE'S REALLY GOOD IN THE AHL AND ALSO FIRE VIGNEAULT!!!!!!!!!

Or just chill out and relax. Either way.

After the jump, your Canucks links and NHL news and notes. Oh, and this is the end of my pinch hits for The Stanchion, so you'll be back to your regular programming soon enough.