Share All sharing options for: And Boom Goes the Dynamite (Now with more OH GOD WATCH OUT FOR METHOT)

Canucks win! Canucks win! I wish I was saying this after game 7! But alas I am not. Still, it is nice to see the Canucks get their first win out of the way early on in the season. Even though they looked god awful for most of the game. Still, no matter how bad it gets, I always remind myself, "At least there is no Rome."

That being said, here are a collection of random thoughts I had about this game:

-Marco Sturm does not please me. He skates slower than Owen Nolan after his groin gives out, after being stabbed by an antler. He does not shoot the puck. He does not appear to want to pass the puck, though to be fair, this assumes he knows how to pass the puck. He also loses every single puck battle he gets involved in. When Cody Hodgson looks like a pillar of strength compared to you, you might have some issues. That being said, Sturm is still protected under the "I have to wait a month before I freak out over him" clause in his contract, so I will simply write this game off as yet another game in which Sturm is struggling to find his legs.

- Samuelsson. God knows I love him. But there are two Samuelsson's. There is the "Well you know, hockey is just a game, you know, so, you know, calm down, you know" Sammy, and then there is the "Sweden can go **** themselves" Sammy. They turn on and off at random times. Right now Sammy is firmly in the "Hockey is just a game, you know" mode. While it is fun to see Cody Hodgson look like an unstoppable machine out on the ice when skating with Sturm and Samuelsson, I hope we don't see bad Samuelsson for much longer. Hey Mikael, remember when Sweden asked Modin to be on the team over you??

- Nobody on the Canucks defence had a perfect game last night, so no one gets my high five of awesomeness. I will give Ballard a high five for being a swash buckling daredevil though. I look forward to him making a random rush out of nowhere all season long.

-Schneider battled back from a weak goal behind the net to keep the Canucks in this game all night long. I know conventional wisdom says goalies have no trade value, but if Schneids has another strong year like last year, I don't see how a team doesn't pay a high price to attain his services.

- Methot hit Henrik in a vulnerable position last night. I honestly don't think Henrik saw it coming, and although Methot didn't go all out on the hit, he knew Henrik was in a bad spot and he still threw the hit. I wouldn't be shocked to see a Shanaban come his way.

- Once Methot threw that hit I started laughing and said "Don't you worry baby, Raffi has your name...." then an awkward silence fell in the room. I haz a sad.

- Higgins keeps reminding me what a solid signing he is. As does Lapierre. With their powers combined, they are Captain Planet! Sorry, that was the turkey talking. It's late. I was confused. Please don't judge me.

- Weise has shown me NOTHING through two games. Volpatti has shown me a modicum of something. So far the only reason that 4th line isn't a big bag of human trash like it was last year is because MAXIMus is keeping that line decent. Bitz, Pinizzotto, Oreskovich....once the one month clause of safety is off of Weise and Volpatti, I will be screaming your names often. If the playoffs started today I would be scared out of mind to have our 4th line on the ice at any point.  They have Ryan Johnson type levels of being useless with the puck.

- I like Tanev. The kid has a bright future. But if you're going to grab the puck in the crease, at least pick the puck up and punt it into the crowd instead of lifting your hand off of it in fear as you realize what you've just done, allowing the other team to poke it into the net. No goal was called, but if the ref missed the initial puck grab, that's a goal. Better yet, scream in pain and fall to the ground like Steve Mason so a penalty is called.

- Hansen looks like he's enjoying the security of a three year deal...

Again, hard to read a team two games into a season, but it looks like the Canucks are comfortably back into their style of using 20 minute efforts and missing empty nets as if Al Iafrate was screaming at them. Either way, 2 points is 2 points. The long road back continues. 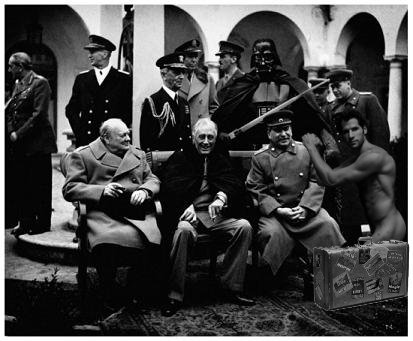