Share All sharing options for: Your Morning Coffee- Friday January 7 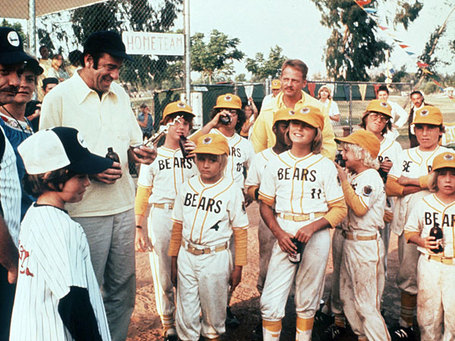 As mentioned yesterday, the Canucks to a man seemed rather unhappy with their effort against the Calgary Flames Wednesday night.  So what does that mean as the Canucks take on the Oilers tonight at Rogers Arena?  Bad News For The Oilers!  The Oilers have been able to put up a fight for the most part in their meetings against the Canucks this season, far more than their rivals in the southern portion of Alberta anyways.  Every game against the Canucks has been decided by one goal.  Expect that to end tonight as the Oilers come up against a pissed off Vancouver squad looking to prove something to themselves.  More after the jump...

The Canucks have done a great job this year in preparing for games, and not focusing on matchups looming in the distance.  This weekend will be a great example as they have the Detroit Red Wings in tomorrow night in a clash of the two best in the West.  The Canucks know they can ill afford to take their eyes off this Oilers team however, who still present a challenge in spite of their record.  The Canucks are the only team with less than 10 losses in regulation this season and they intend on keeping it that way as they wrap up this homestand before heading east for 5 games.

Cory Schneider gets the start tonight, leading some to speculate that perhaps Luongo was injured against Calgary or some other 'goaltending controversy' claptrap.  It was said this season that back to backs would see Schneider draw in to ensure that Luongo is getting and staying rested throughout the season.  The team is winning regardless of who is in net right now, so I find it a little baffling that people would question who is in net.  Luongo's playing incredible right now, and Schneids has been every bit the goalie they thought he could be when they drafted him.  I say continue to give Cory games, and keep Luongo sharp and ready for a long playoff run.

The rats have begun to flee the sinking ship that is the New Jersey Devils, as they announced they traded captain Jamie Langenbrunner to Dallas for a conditional 3rd round pick.  That could become a 2nd rounder if the Stars win their 1st round series, which considering what a mess it's been in the West this year could be a bit presumptuous... The Canucks are paying tribute to Tiger Williams tonight.  Rumor has it that every fan will be verbally assaulted on their way into the arena and one lucky fan will get his ass kicked.  I kid, Tiger was always a colorful character and an important part of the Canucks in the early 80's... Speaking of Dallas, tonight marks the return of Megadouche Sean Avery for the first time since he was exiled from the Stars.  One can only imagine what he has in store for the evening, my bet is someone leaves on a stretcher...

Taking a cue from Sean's pregame, I thought I would drag out a little old school for you.   Testament were part of the second wave of Bay Area Thrash that followed in the footsteps of Metallica and Exodus.  They're still going strong, and should be releasing a new album later this year.  Here's a couple classics for ya: