Share All sharing options for: Call Kenny Loggins 'Cuz You're In The Danger Zone: Canucks & Predators 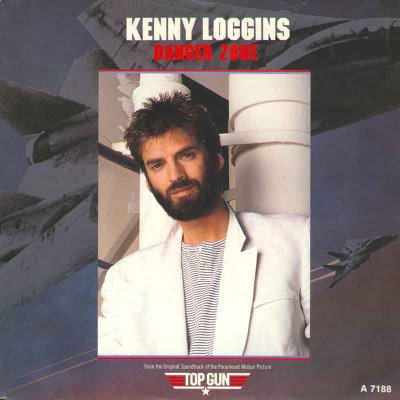 Enemy Blog: On The Forecheck

City Con: And you thought you had problems...

I smirked reading we're a smug and preening fanbase following a team that only has three goal scorers (same link, above in the copy). I'll assume the smug comment is someone who doesn't follow our team or has any concept of how brutally the media tears them apart even when they win. As to the latter point, I'll assume any team that isn't sitting 23rd in goals for per game will be naturally befuddled viewing any team that doesn't have a defenseman leading them in points (and Weber is three points behind Edler).

I'll also assume we know Nashville by now because their story - down to Trotz and his lack of a neck - has been the same for awhile: stingy goalie, stacked defense, suspect forwards. Their scoring has bumped up since the end of 2010 which helps explain their 10-3 run through January. Pekka Rinne is his normal self so the Canucks will have to unleash hell in front of him to get an edge. Suter/Weber should lock down on the Sedins leaving SOB and Hammer's former linemate Klein to tangle with our rejuvenated Kesler line (you can almost see Sammy and SOB jawing at each other already).

Oh, and on that SOB guy: with all these headlines you'd think we'd be retiring his number! Is there another third pairing defenseman in franchise history who has garnered this much attention for poor play? Right...Mathieu Schneider. I'll assume we all know what type of Canuck SOB was and how he in large part showed himself out of town. I'll also assume we all know location and personnel changes can create a marked difference in performance (see Tambellini, Jeff) and that we're happy to see him focused on hockey for a change.

Archer: Oh my god, you killed a hooker!
Cyril Figgis: Callgirl! She was a callgirl!
Archer: No Cyril, when they're dead, they're just hookers!

At the end of the evening, both fanbases go right back to hating Marian Hossa. Deal?