Share All sharing options for: New York Is Calling You: Canucks & Rangers 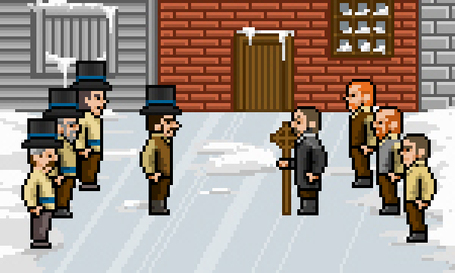 Enemy Pro: No BC natives on the roster, but farmhands Greg Beller (Vancouver), Randy McNaught (Nanaimo) and Lee Baldwin (Victoria) are men of the highest moral fiber.

Enemy Con: Joke of an award could not be named after a more appropriate player.

I immediately hated Manny Malhotra when I first heard the name.

He was a Ranger first rounder of course. I had the same reaction with Stefan Cherneski before him and Jamie Lundmark the year after. It worked with Cherneski; I don't think he ever sniffed a fresh sheet of NHL ice. But I'm glad Malhotra escaped and eventually found himself (he was even linked to a Pavel Bure trade but Neil Smith scoffed at it).

Now Mr. Money is a crucial part of the best team in the league. His FO% is far ahead of the best the Rangers can counter with and his zone starts and PK duties has freed Ryan Kesler to become, well, Ryan Kesler whose second line has become the crushing right hook to the Sedins straight jab. They got a lazy start in Long Island, but the Ginger Jesus is well rested and has a shot to tie Luongo's franchise mark of 11 games without a loss in regulation.

Certainly not a bad team, the Rangers are laced with question marks, especially scoring and a poor PP in their past several games. They lost one gamble (Frolov) and he's been replaced with the extremely one-dimensional Wolski. Best line to watch is probably Dubinsky with Zuccarello and Stepan, a trio of upstarts who can skate well and will likely draw the Juicy Hammer tonight. I regret to inform you there's no Boogaard (insert slide whistle in mouth, make sad sound) so I suppose Avery will have to tangle with the Ivy League lads if he gets bored with that whole hockey thing. The Rags best player remains Lundqvist but Vancouver has a bad habit of cutting his evenings short.

We should probably let 1994 go. Someday. We'll get to it eventually. In the meantime let it warm the cockles of your heart that the imbecilic James Dolan employs the calamitous Glen Sather without a shred of regard for actual results shy of warm asses in cold seats which then compels the perfect storm of deplorable asset management, uninspired rosters and the daffy Larry Brooks complimented by the doddering Stan Fischler to explain and/or justify the entire mess.

See? You heart New York too.

If you get all of us together, we ain't got a gang, we've got an army.

Have fun out there NM Army. We want pictures of you making new friends.