Curious What Roberto Luongo's Been Doing?

Share All sharing options for: Curious What Roberto Luongo's Been Doing? 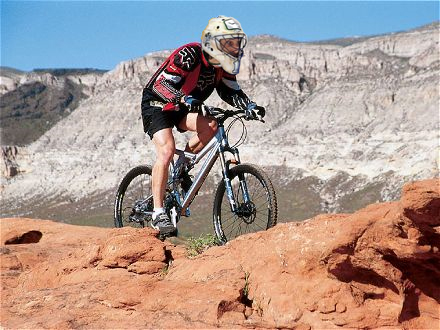 During a summer with some fairly substantial changes to the corps in front of him, we haven't heard a peep from the captain about the Canucks upcoming season. Thanks to the Sun Sentinel, we have at least first hand knowledge that he's at least alive:

After Booth's bunch left the ice for lunch, Canucks goalie Roberto Luongo, who played for the Panthers from 2000-06, skated into goal and worked out with his former goalie coach, Ian Clark. Luongo said he was excited about the Canucks' offseason additions, including defenseman Keith Ballard, who the Panthers dealt at the draft in late June.

If you remember, Clark was canned back in June in favor of new goalie coach Roland Melanson since Clark is based in Dallas and could not be with the Canucks on a regular basis, something Gillis (rightfully so) wanted changed. Vigneault and Melanson have worked together previously from their stint in Montreal during the 1997 campaign.

It would have been nice to hear more about the other moves the team has made, but expect more once he returns to B.C. in the next few weeks.

Oh...Luongo's new hobby? The pic gave it away huh?

Meanwhile, Luongo has become an avid cyclist. Luongo said he pedaled 200 miles in two days for charity last month in his hometown of Montreal and rode 60 miles in South Florida on Sunday.

Bike riding helps rebound control right? Just kidding. I'm sure it has more to do with that fresh breeze whistling through your long, luscious hair. Ding ding.