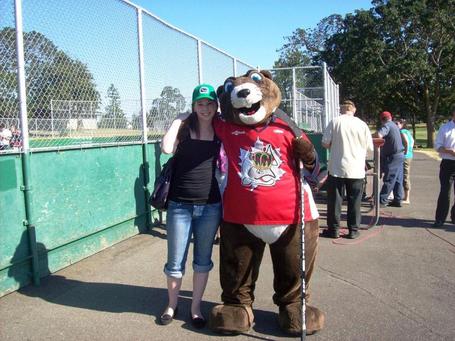 Me with Marty the Marmot (the VIctoria Salmon Kings mascot)

As Yankee mentioned the other day, Richard Loat (aka mozy19) from Canucks Hockey Blog and his friend have been doing this big charity trip over the last couple of weeks.  They have travelled from one end of the country to the other, and in each big city they have organized a street hockey game where people can play or watch and bring donations to the local food bank.  This project, called Five Hole For Food, has nearly reached the end of this year's edition, with one game left today in downtown Vancouver.

Yesterday, they stopped in Victoria, and WAACH 'Cast and I were both there with our cameras.  After the jump, you'll find my pictures, some stuff from WAACH (if his computer works long enough for him to send me stuff), some details as to what went down in Victoria, and where all you Vancouverites better be this evening.

So, here's what happened in Victoria.  Calgary was ranked most generous before, with 640 lbs worth of donations to their food bank (this includes money donations, where each dollar is worth 3 lbs of food).  Only 41 more pounds was needed for the guys to reach their goal of 2000 lbs total across the country.  Well, let's just say Victoria not only shattered their goal, but beat Calgary with a total of 956 lbs!!!!!  There was a pretty strong showing to the event, including Marty the Marmot (the mascot for the Victoria Salmon Kings), as well as Ed Bain and Jeff King from ChekTV who did their reports (weather and sports) live on scene.  Apparently, there are many businesses and charities who have said they would love to sponsor next year's trip, so that is very cool.

Now, I'm calling on all you Vancouverites who read this (and I know there's a good number of you).  Today (that would now be Friday) at 5:30 PM, we need you all to make your way to the 800 block of Granville St in downtown Vancouver, where a rink will be made for the final game.  You can bring your hockey stick along so you can play, and make sure you bring a non-perishable food item for the Greater Vancouver Food Bank Society.  There will be many special guests, including Fin (the Canucks mascot) and quite possibly Dan Murphy of Sportsnet (he was invited and he asked for more info).  If Vancouver can put together 1003 lbs worth of donations, then the province of BC alone will have donated more than the rest of the country combined!!!  (Added: if you can't make it, you can still do what many others are doing and drop off your donation right at the food bank under the name "Five Hole for Food".)

Finally, some pictures.  I left them at the bottom so that I could get all the writing out of the way first.  Below, I have a few selected pictures, and the rest will be accessible on the Photobucket album I created.  WAACH's stuff will hopefully be added to the post eventually. 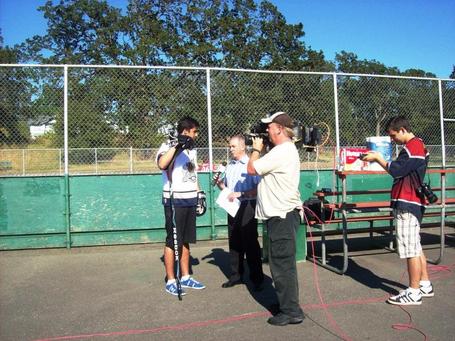 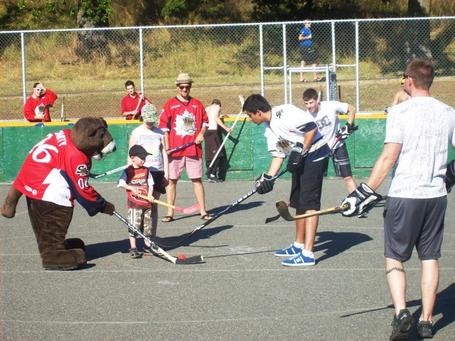 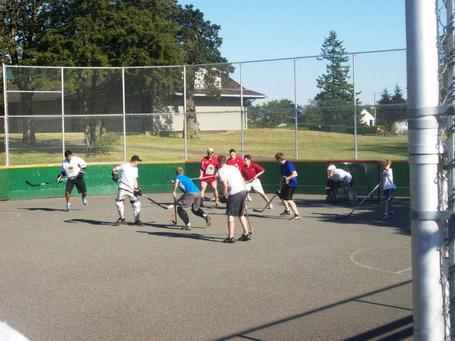 Some action at one end of the rink. 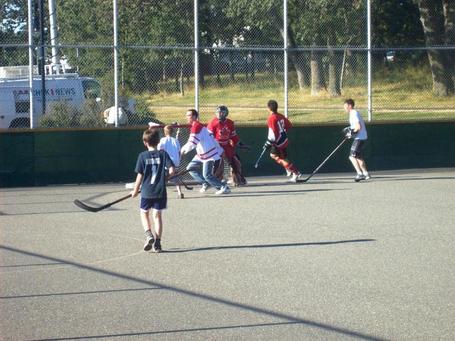 And the other end of the rink. 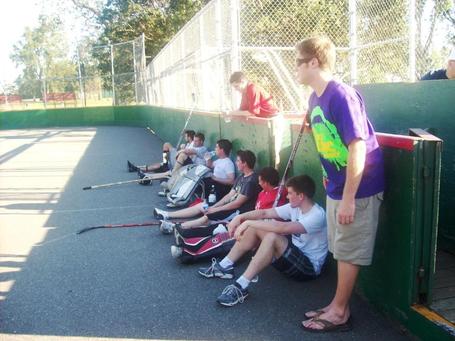 The boys take a break at first intermission. 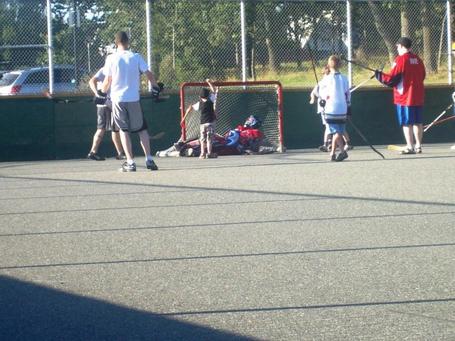 A little kid celebrates his goal. 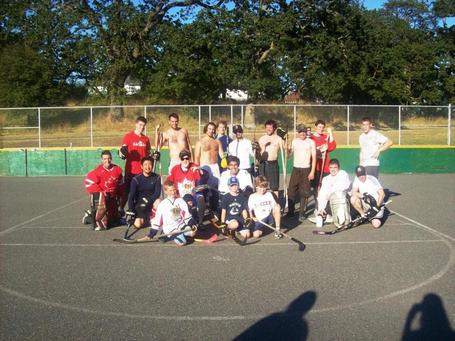