Unrestricted free agent Arron Asham still has not found a home for next season. Asham told PortageOnline.com (the main news source from his hometown of Portage La Prairie, Manitoba) that his first choice is the Flyers, but that the Canucks and Oilers have also shown interest. The 32 year-old 11-year vet right winger looked quite impressive for the Flyers in the playoffs. He scored 4 goals and 7 points in 23 games and averaged 11:14 of ice time. That is a jump in ice time compared to the regular season, where he averaged 10:05, scoring 10 goals and 24 points in 72 games. That is about all that you'll get out of Asham in a bottom 6 role if you look at his career stats.

As for Willie Mitchell....

Michael Russo from the Minnesota Tribune tweeted that Willie is not ready to take a physical yet. Russo said early July that he had talked to Mitchell and that Willie was hoping to sign with a team later in the summer. If Mitchell passes his physical down the road the bidding war for his services will most likely get too high for Mike Gillis. Perhaps this image that I saw on Twitter today (hat tip to Steve Quilala) is a prelude of what is to come: 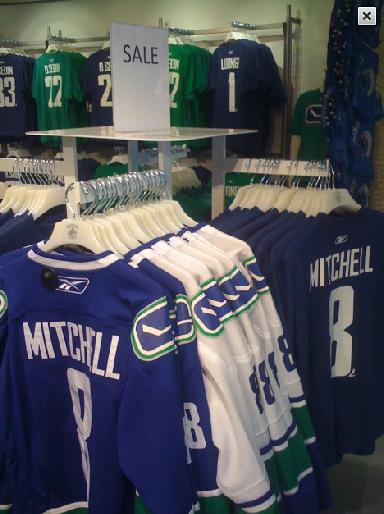 Breaks my heart. Oh, and f*ck you, Malkin!