What a pleasant way to wake up in the morning.  I opened my Twitter to check headlines before posting an Open Ice (which I'll just incorporate into this post today), and I see this report from Sportsnet being tweeted (which Botchford from the Province just confirmed):

The Vancouver Canucks avoided arbitration with left winger Mason Raymond on Monday, signing him to a two-year, $5.1 million deal.

The 24-year-old had 25 goals with 28 assists in 82 games last season in a breakout season.

MayRay was supposed to have his arbitration hearing today, but tweets are reporting that the two parties agreed to a deal just outside the door to the room where the arbitration hearing would have been held.  Dreger from TSN says that Gillis flew in from Vancouver, and they made the deal just minutes before the hearing. 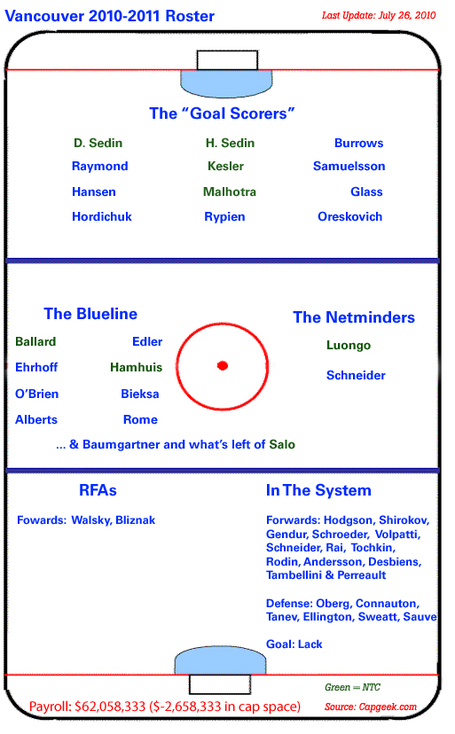 UPDATE (11:48 AM): Raymond talks to Pratt and Taylor about his new deal.

UPDATE (9:43 AM): Finally, the official press release from the Canucks.

Here's a topic for today: What do you think of the signing?