Share All sharing options for: A Quick Public Service Announcement 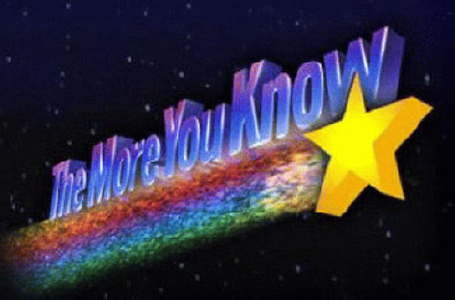 We as fans, during the course of being humiliated, have to learn to be humble about it. It happens to everyone.  And hell, by doing so, just maybe a lesson is learned you can carry on in other avenues of your life. Positive thinking!

Our team's fanbase (to speak nothing of the players) gets ripped left, right and center for a multitude of opinionated reasons. Many of them absurd, but everyone has their opinions and as someone breathing south of the border, I steer clear of them because I don't feel I have the perspective to comment (never stepped foot in GM Place for instance).

However, I have to repeat something I tweeted (haaaate that phrase) last night: don't throw shit on the ice. Seriously. It's a fucking game. Be angry? Sure. Yes. Drink until you can't feel feelings anymore? You betcha. But acting like a bunch of spoiled children doesn't do you, the people in your row, your team or your city an iota of justice. The fifth goal isn't going to be called back because you want to share your polish sausage with the officials. I would think that this is elementary enough. And it makes all of us look like shitheels, including those of us who are relatively normal individuals who's great sin is we actually like this team but maintain the mental capacity to separate right from the stupendously inane. We have our media doing enough injustices on our behalf, don't help them.

If you'd like to speak further on the subject, just call my mom and she'll ring the bell which signals to me it's time to stop Photoshopping Iron Maiden images, put pants on and leave the basement for a civilized discussion.

It's just 2-1 folks. Nothing is over. Bad games happen. Atrocious games like that happen. Chicago has the momentum but Vancouver has been in this position before and pretty sure the coach's response then was "the best players have to be the best." It's time tested and mother approved.

More games 1 & 2, less game 3. As we said last round: "what better place than here? What better time than now?"