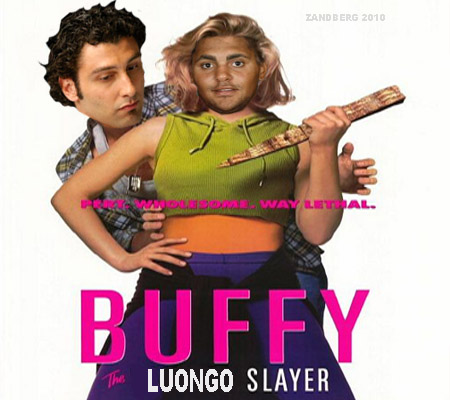 I'm not going to push the panic button but there are a few instances from game 3 that really make me want to. Shane O'Brien said pre-game that the Canucks were too passive in the first 2 games of the series and wanted them to push back. Well, pushing back in Game 3 only led to boneheaded penalties and a lack of composure, as Chicago had their way with the Canucks in this one.

Vancouver's futility continued on the power play as they went 0-for-4 but the Hawks were 2-for-7. Chicago's 2 powerplay goals came as a result of a Ryan Kesler tripping penalty and Alexandre Burrow's unsportsmanlike penalty, as he tried to rough up Brian Campbell after the whistle in period 2. The refs saw fit to call Vancouver on more penalties tonight than on Chicago. That's about fair I would say, for the most part. Vancouver lost composure. Simple as that. Why all the retaliation? Ignoring the bastard Hawks had pretty much worked so far in the series.

So now it's adjustment time again. Christ, I thought we were done with that.

-Luongo and his rebounds. Good god. reminded me of his play in the Olympics.

-ZERO points for the Sedins, Samuelsson....I agreed with Alain Vigneault's choice to put Burrows back on the top line to try to find SOMETHING. Alors, to no avail.

-Is David Bolland shadowing Daniel Sedin because he sure got under his skin tonight.

-Speaking of the Sedins...it's the typical story. When they are ON, their pretty plays are gold. But when they fail you just wanna commit multiple homicide.

-Aunti Niemi is a solid goaltender down low. But the Canucks failed to shoot high on him early and couldn't bury their chances. And early on, they had a lot of chances, especially Daniel Sedin.

-The Hawks, so far, are better at defending leads than the Canucks. Oh yeah, it's true. This game was almost like Game 2 except role-reversal, and the Hawks were better.

-Can I say that I dislike Pavol Demitra? Because I really do. Perimeter-useless play, and he wasn't the only one guilty of that.

-Dustin Byfuglien. The guy is a god damned villain in Vancouver and he RELISHES the concept. Case in point was his celebration after his second third goal, where he taunted Canucks fans. In all honesty, if I was getting hacked by 18,000-plus fans I would react the same way. Then he gets a dirty hat trick on top of it. God....I don't get how a goaltender can be pushed into the net like that and the goal stands. Absolute horse shit.

-The better team won let's face it. Back to the drawing board.