Chasing the redskins back to their holes, Fighting them at their own game: Canucks & Hawks, Game II

Share All sharing options for: Chasing the redskins back to their holes, Fighting them at their own game: Canucks & Hawks, Game II 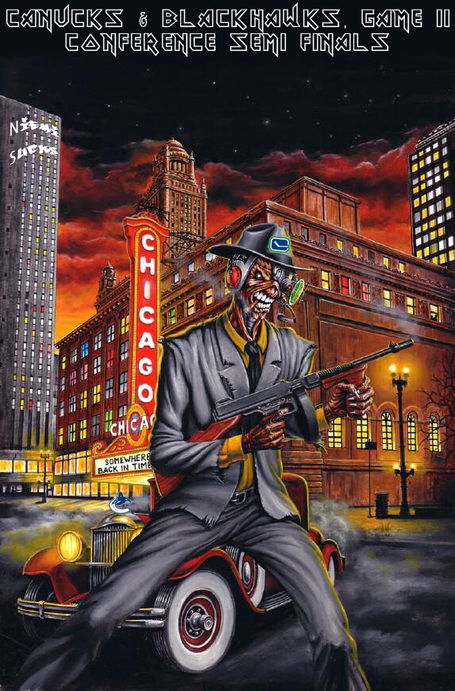 It would be too delicious to assume the same Hawks group shows up on the ice tonight. Blame whatever you want for game one, but factoring in embarrassment along with staring at a 0-2 series deficit is ample motivation for Chicago to run Luongo (literally with Burish and Eager off their leashes) and the boys out of the UC quickly.

On Vancouver's end, it's another case of steady as it goes. And see what happens when you bury the chances and we're not busy talking about the 'what if's' two days later? Survive the opening bedlam and play the simple game that has has been so effective. We like composure. Don't give 'em an inch. Game one never happened. Skate to the throat.