Sunday Morning Coffee- 'We Came In And Thought It Was Going To Be An Easier Series..."

Share All sharing options for: Sunday Morning Coffee- 'We Came In And Thought It Was Going To Be An Easier Series..." 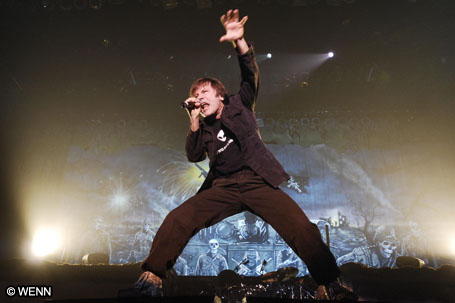 Do things said by opposition players really provide any inspiration?  If it's true, then Patrick Kane may well have done a disservice to the Chicago Blackhawks by offering up that gem in the wake of the 5-1 Canucks victory last night.  We've been saying for a while here at Nucks Misconduct that we felt some in the media and certainly the fans weren't taking this Canucks squad seriously.  Constant references to last year, tears, a crappy pop song and a general air of superiority prevailed.  These are two very evenly matched teams, yet you wouldn't know it by reading some of the press generated in the days leading up to the series.  More after the jump...

Though some seem reluctant to come out and say it, we all know the Hawks are a cocky young team.  It's not necessarily a bad thing.  A little swagger in your game is a good thing.  But considering the issues they had against Nashville, another team that looks like the Hawks didn't take seriously at times, one would think the lesson was learned.  Instead we get a very honest admission from the Hawks star player, and something that could fuel the Canucks as they prepare to meet Monday for game 2.

Did any of us see this coming?  Pretty unlikely, though this game bore a lot of similarity to a 5-1 win the Canucks had over the Hawks at GM Place earlier in the season.  The Hawks threw a lot of pucks at Luongo early and got him into the game, and scored on what was really his only error of the night.  He was exactly the goalie the Canucks had in mind, focused solely on stopping the puck and refusing to be distracted by certain ridiculously over-hyped 3rd liners.

A flawless game?  Not at all, the Canucks gave the Blackhawks a few too many chances for my liking, but overall the defense was strong.  Andrew Alberts played a remarkably strong game, logging over 16 minutes in ice time, making a number of smart plays, using his size to make up for a lack of foot speed to neutralize the Hawks attack.  And offensively, what more can you ask for than a goal from each line, and one from the defense, too.

The second line of Ryan Kesler, Alexandre Burrows and Mason Raymond were the key for the Canucks, with their tenacious forechecking, shot blocking and back check that eliminated a number of Chicago rushes.  Raymond was unreal on the first goal, fighting off Brent Sopel for possession of the puck and getting it to Christian Ehrhoff at the point, who fired it home through Patrick 'Flamingo' Sharp and Antti 'Claus' Niemi.  Why Antti Claus?  He was giving out rebounds like it was Christmas last night.  The most notable one was the gift wrapped one he put onto the stick of Raymond, who cranked it into the net with around 10 seconds left in the first.

All four lines were solid, and the 4th line of Jannik Hansen, Rick Rypien and Michael Grabner were particularly impressive, garnering some decent minutes and not looking like a liability.  They had a few chances, including a beautiful pass from Rypien, which Grabner deposited behind Niemi to make it 5-0.

A great game, but let's not kid ourselves: this series is far from over and we are not going to see a repeat of last night's game on Monday.  The Hawks were embarrassed, and we will see a more physical response in game 2, something that was noticeably absent from game 1.  That being said, the Canucks did an awesome job of avoiding getting trapped into retaliation penalties after the whistle.  The Hawks were the instigators nearly every time there was a scrum, but the Canucks to their credit didn't bite.  There's a time and place for it, but why let them back into the game?

The key for the start of this series was to at least get a split, they've assured themselves of that now.  They do need to be prepared for a much different game Monday, especially from Niemi.  He responded to losses against Nashville with shutouts, and I fully expect him to bounce back from this game.  That being said, he certainly didn't face the kind of offense from the Predators that he is seeing from the Canucks.  Playing the system the coaching staff have plotted out, picking your spots when it comes to the inevitable shenanigans that will come from seeing either Ben Eager or Adam Burish inserted into the lineup, and continuing the strong and tenacious forechecking, pressuring the Chicago D to force turnovers and getting to the net for rebounds, the Canucks could see themselves in a very good position heading back to Vancouver for game 3 Wednesday.

The alternate ending saw Matt Cooke swing in from the rafters but miss with the elbow smash...

Fan of the Bruins or not, how awesome was it to see Marc Savard get the overtime winner yesterday against the Flyers?  That series is off to a fine start, and these two teams are in for a long and very physical battle.  Next to the Vancouver / Chicago series, this is the one to watch.  Between the storybook ending, and another strong game from the Recchin' Ball, this was a hell of a game.  Mark Recchi continues to look far younger than his drivers license says, and both Tuukka Rask and Brian Boucher had some incredible saves, in spite of the score.  The nasty is percolating in this series, just a matter of time until it boils over.