Where to now Mr. Gillis?

Share All sharing options for: Where to now Mr. Gillis? 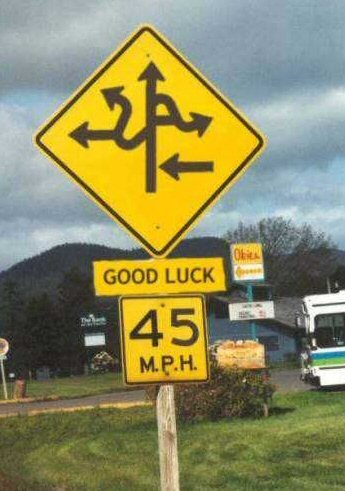 Perhaps this is too soon after elimination or maybe unfair because Mike Gillis hasn't yet shared his assessment, but it's unavoidable: the buck stops with him. If we dare look back at the Nonis years (the invisible hand of the Aquilini's notwithstanding), we often ignore the positives - the Luongo deal, the fiscal responsibility - and lambaste ol' Donuts for stringing together teams that, like many before them, couldn't get it done.

Nonis locked up the old core following the lockout (Naslund, Morrison, Cloutier) and they failed. Following that he gambled big on Luongo and that squad, while much better, also failed. Now his successor has locked up the new core (Sedins, Luongo, Kesler, Burrows) for considerably longer, stood by quietly through two drafts and two deadlines and now has two straight second round exits to add to his resume.

Let's jump back two years ago when Gillis was hired. What was his assessment then and how much progress has this club made?

This is good. We heart accountability after all. Many will point fingers at a 12 year contract for a goalie who got pummeled again, but let them point. There will be more talk about yanking the C off him which is legit. Short of that I don't see anyone on the roster who was rewarded a contract they didn't deserve. Oh right Bernier. I can't explain that one anymore.

Two years later this remains painfully accurate. The foundation is a lot better, but the team itself isn't. Or at least isn't close to the lofty aspirations bestowed onto it. Needs more grit? Talk about ironic foreshadowing. Right around here would be an ideal place to point a finger at Vigneault too.

A couple of bold decisions? How about just one, especially now with the definition of this team in question, a shattered defensive core and a goalie who gets another summer of running away from mics shoved in his face.

Of course at the time of this quote Gillis had his eyes set on Sundin. Blowing away the competition by eating up all available cap space on a sun setting player who couldn't make his mind up for six months and then played for four is 'bold' in a way. But it didn't work.

There are always stories we won't know about what Gillis tried and failed at, be they on the phone, at the draft table, at the deadline. But that's the story with every GM so let's hold him accountable to the facts:

I have to stifle a facepalm that the first two acquisitions are players I spend so much time trashing. But scan the list and extract what you will. The strengths are resigning some guys at bargain bin prices (Burrows and Edler), stockpiling prospects and wasting little time inking the next generation like Hodgson, Schroeder and Connauton.

Gillis danced with the devil with Raycroft but it worked. He gambled on Bernier and his steady progression towards Brad Isbister territory has flop written all over it.

Trades brought in Ehrhoff and SOB but that's where the list ends. Samuelsson is the walk off home run of the FA group. Each summer he's targeted an ex-client in Demitra and Schneider and, while hindsight's rarely fair, the best players they were not. After that there's little else to get excited over. Last summer Chicago added Hossa, San Jose got Heatley, the Habs added Cammalleri (and others), the Flyers gambled on Pronger and Boston opted to move Kessel. Many of us await MG's big move or even a few shrewd small ones, especially with the Cory Schneider card out on the table in plain sight.

Maybe most alarming is how he inherited Mitchell and Ohlund and, assuming Mitchell walks, replaced them or bolstered the blueline with little more than projects (Vaananen, Davison, Rome, Alberts and a weird infatuation with Nycholat). There's only so many defensemen to go around the league, but as Chicago showed in consecutive years, it's where Vancouver is most vulnerable. Two years ago it was their strength. Now Salo can't be trusted to lead them, Edler isn't ready and Bieksa is...I don't even know. Michalek, Martin, Hamhuis and Volchenkov are names that many will be gunning for soon and Gillis may have to enter a bidding war whether he likes it or not.

At the end of the day I am going to be evaluated on results...I feel acute pressure already to try and get this team to a point where it is competing for the Stanley Cup.

I wonder how that pressure is feeling now. I wonder what tricks are up his sleeve to rectify a situation where having the top scoring forward, the franchise's most prolific scoring line and Luongo weren't good enough to at least appear respectable and not surrender 21 goals in four losses (stop and ponder that). I wonder if he's ready to make the sacrifices to fix the defense as well as the lack of size and depth up front. Not band-aid solutions either, but ones that increase the likelihood Vancouver could run with the Chicago's and San Jose's of the world.

Before I get a brick thrown at my head, understand I'm quite the fan of Mike Gillis. A tad unorthodox, not from the old boys club, seems to piss off more than a few people, these are all good things. He's performed some aspects of his position magnificently, including making good on the need to make Vancouver an attractive place for other players to join. He has some budding prospects ready. The core (for better or worse) is young and locked up. All in all, things are far from bleak.

But like his team Gillis needs to find his finish. He can't wait for prospects to simultaneously peak, he can't sit back this summer and watch other GM's scoop up talent, he can't be afraid to gamble and move players, he can't dangle the Schneider card forever and he can't watch his team either get worse or suffer a third season of exiting in early May. The West certainly isn't going to get any easier to crack the top eight year to year. He's caught between a rock and multiple hard places. It's time for him to get back to the blunt assessment he started out with and commit to the tough decisions.

Just who are the Vancouver Canucks?

I think we have the best goaltending in the league, I think our defence is in the top five when they’re healthy and I think up front we have better players than people are giving us credit for, but there’s obviously room for improvement...I believe this is very close to turning into a championship hockey team.