Strike the serpent's head with your enemy's hand: Canucks & Avs

Share All sharing options for: Strike the serpent's head with your enemy's hand: Canucks & Avs 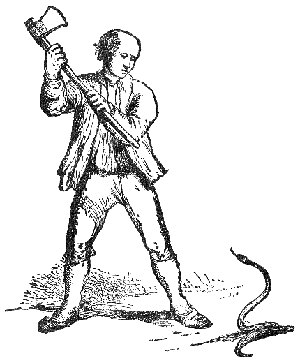 It's not often Vancouver fans can sit back and revel in the misery of two close rivals: Colorado and Calgary. As you know both teams are in a dogfight for the 8th seed and we'll see both this week, starting tonight with the Avs.

It amuses me that I've seen some thoughts floating around that the Canucks having nothing to really play for this week. I guess that's true if you ignore the (long shot) chance to catch the Hawks in front of them, Hank's Art Ross battle, getting the pluggers (Hi Bernier!) and new guys (Petting Zoo and Baumer) acclimated to the NHL pace again, forcing Luongo to learn again that soft goals are verboten, getting in sync for the first round, so on and so forth. Yeah, nothing really there.

But more to the point is the idea we'd actually go easy on either the Flames or Avs. I missed the memo that dictated we become friendly with fellow NW teams at crunch time. Sorry, but the enemy of my enemy is still my enemy. None of them would piss on us if we were on fire, so why exactly should we go easy on them? Especially considering that - depending on how things play out - the Flames will want us to lay over and take it like a Tiger Woods mistress on Saturday while the Avs fans will quietly, down deep in the dark recesses of their minds, be rooting for us.

Naaaa, the old way is more fun. They hate us, we hate them, sunrise, sunset. So here's a better idea: they both lose all of their remaining games and let the Blues squeeze into 8th. Wouldn't that be fun?

Hey, a guy can dream. But if they came all the way to American Government Place GM Place thinking the home team is in a charitable mode, they're picking the wrong team at the wrong time. That goes double for you folks in Cowtown.