Share All sharing options for: It's Official: Canucks & Kings 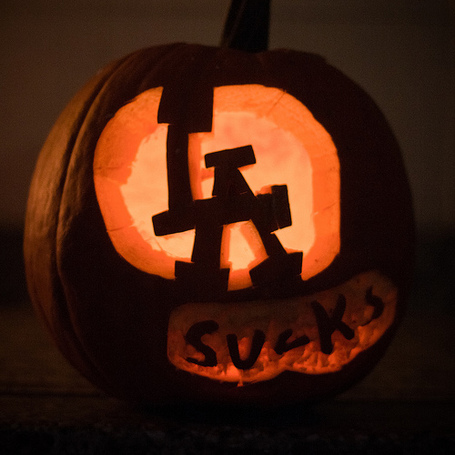 So what if it's for the Dodgers, it still works.

Update: Quick mention from the Province:

The Canucks were 3-1-0 against the Kings this season, winning 2-1 in a shootout on Oct. 29 at the Staples Centre, then 4-1 and 3-1 at GM Place in games in November and December, before falling 8-3 at L.A. on April 1, a game in which Roberto Luongo was left in net for all eight goals by Alain Vigneault.

As far as travel, anyway, the Kings are probably the Canucks' best option for a first-round opponent. Had things turned out differently in today's Red Wings and Kings games, the Canucks could have wound up facing either Detroit or Nashville in Round 1.