When And Where The Current Canucks Were Drafted

Share All sharing options for: When And Where The Current Canucks Were Drafted 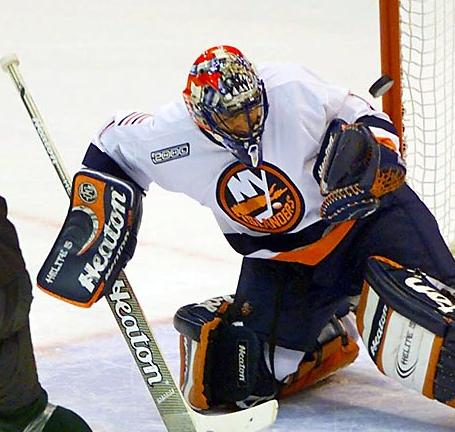 I thought I'd list off where, when and by whom the current Canucks squad was drafted. I added some retro links to the players as well. (Players' age in brackets). Just a little eye candy for you. Enjoy.

ROBERTO LUONGO (30): Drafted in the first round, 4th overall by the Islanders in the 1997 draft.

-Interview with Hockey's Future after his rookie season in Florida (March 2001).

-Raycroft gets his chance in Boston (January 2003). He went on to win the Calder Trophy after that season.

-Attributes much of his success to playing with Willie Mitchell (August 2007).

-Hockey's Future talks with Ehrhoff before his first season with the Sharks (October 2003).

-Still a fair distance away from being able to be trusted with any significant minutes at the NHL level, the first step to establishing himself as an NHL-caliber player will be reducing the number of penalties he takes.- Hockey's Future, August 2006. Heheh. Doing a fine job now though, SOB!

-"His window of opportunity is quickly closing."- Hockey's Future, June 2008. Hey shutup! I like this guy!

-According to this guy, one of the reasons the Sens traded Salo to Vancouver was because of his inability to stay healthy. He had missed 130 games in his first 3 years as a Sen. Well isn't that special? 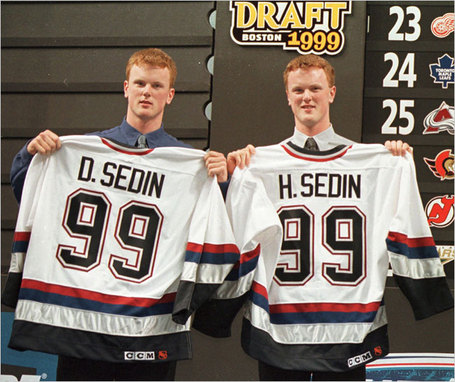 -Sedin-Sedin-Weinhandl. The best offensive and defensive line for Modo (October 1999).

-"Confusion and chaos at the net is Burrows’ style, and it’s worked well for him. While not posting excessive numbers himself, he creates opportunities for the team." -Hockey's Future, December 2004. 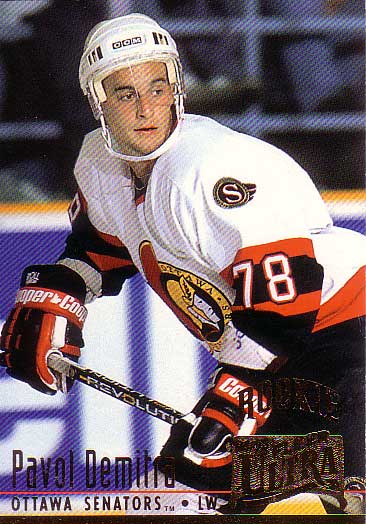 -In August 1996 the Senators traded Demitra to the Blues for some schmo named Christer Olsson. Little did they know what talent they had in Demo. Also,  I had forgotten that Demo won the Lady Byng Trophy in 2000.

-Samuelsson's day with the Cup.

-Samuelsson was part of the deal that sent Adam Graves out of Manhattan.

-Back in August 2006, Hockey's Future rated Bernier an 8.0, saying he had excellent hands but had to work on his speed and skating. Nowadays...

-Hordichuk has a cool website that has not been updated this season.

RICK RYPIEN (25): Never drafted. Signed as a free agent by the Canucks in November 2005.

-Scratching and clawing for a roster spot, even in Florida (October 1999). \