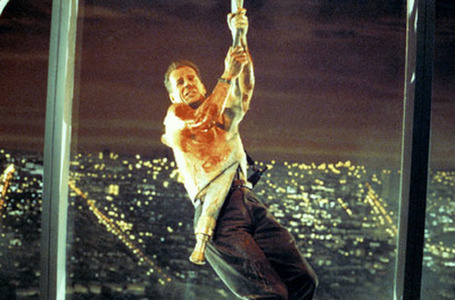 Quite a torrid pace of hockey we're on here, eh? In the past 72 hours we've seen Olympic gold at GM Place, a come from behind win over in Ohio and now the guys are staring at the defending Western Conference champs at the other end of the rink. And, oh yeah, they have a date with Chicago in 48 hours. All alone on the road, all these battles. No rest for the wicked.

As enjoyable as it has been watching Detroit fail left and right this year, they're still clinging to the 8th seed, one point ahead of Calgary (hooray!). The Wings are never a team to be taken lightly, so it's good The Captain had an extra day of rest and can jump back into things. It's a shame Alberts isn't on the ice tonight with Holmstrom and Bertuzzi around the crease. If you checked the game preview, you'll see the Wings are terrible with the lead in the first two periods which is great since Vancouver can't bring themselves to score first. Ever.

With a little help from Anaheim - who plays Colorado tonight - a Vancouver win will have them at 80 pts and four up on Denver. The pressure is just starting to build.