On This Day In Canucks History: March 27

Share All sharing options for: On This Day In Canucks History: March 27 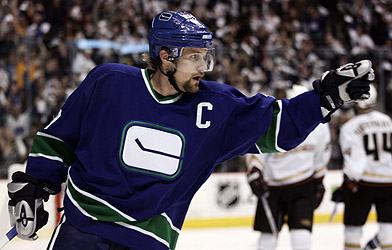 March 27, 1982: Coach Harry Neale is suspended 10 games for his involvement in an altercation with the crowd in Canucks’ Mar. 20th game in Quebec City (more info and video can be seen here). Roger Neilson takes over as coach and Canucks win 7-2 over Calgary. Neilson would remain as coach and guide Vancouver to the Stanley cup Finals against the NY Islanders. Neale returned the next season as GM.

March 27, 2003: Markus Naslund notches his 100th point, becoming only the third player in franchise history to reach the 100 point mark (Bure & Mogilny came before him). Nazzy finished the year with 104 points ,won the Lester B. Pearson and was a finalist for the Hart, but lost to childhood pal Peter Forsberg.