Everything about you: Canucks & Oilers

Share All sharing options for: Everything about you: Canucks & Oilers 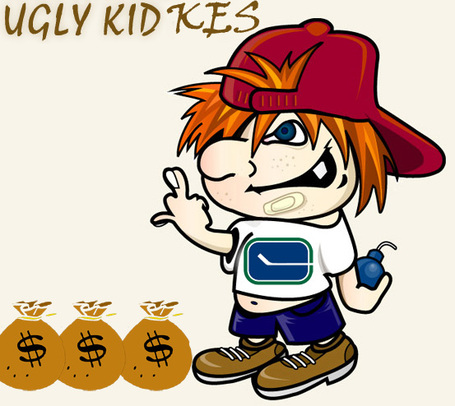 There's been some solid articles from around the Oilers world recently involving the KesLORD. As I'm sure you know, the Oilers writers are a cut above in their analysis, something they've honed over time no doubt because of the piss poor results of their chosen team, from the back office to the bench.

The discussions have been great (particularly in the comments) but the general consensus from the opposition is the Kesler deal was well worth it because of the type of player he's become (17 points in the past 16 games for example). By excelling at both ends of the rink doing the arduous little things, he's developed into a big game player to back up his big time mouth rather than just being the latter. There isn't a team in the NHL who wouldn't want a player (or three) like Kesler.

Of course the Kesler contract - as well as the Sedins, Luongo, Burrows and Edler deals - will eventually mean nothing without the results. And that's what tonight is really about: tune up on the weak in anticipation of next month. It literally doesn't come any easier with the worst team across the ice. Just ask San Jose and Detroit, right?

"Doesn't want to lose" vs "nothing to lose"? It must be late March.

Here's to the last game of the regular season Vancouver plays outside the PST. Gamethread on.

** Kudos to those who didn't need to Google the thread reference. If you blinked in the early 90's you missed these folks, but if you're a Black Sabbath fan I suggest you look up some of their covers. And a bonus Jeopardy answer: their drummer is now in Godsmack. Small world, eh?