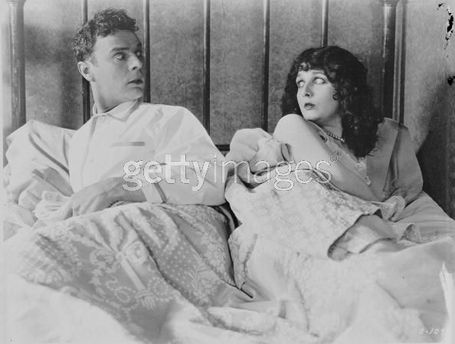 One of the strange oddities of team sports is the playoff push, where you find yourself not just cheering for your team, but often you end up cheering on your bitter rivals, because a win by them can be of benefit to your team.  Who are we cheering for tonight?  It's a fascinating phenomenon, to me anyways.  In reality, you should never have to rely on another team, but especially in the Gary Bettman world of rewarding failure and manufactured parity, you need all the help you can get to solidify your position.  More after the jump.

Sometimes the choice is obvious.  On Sunday, nearly every Canucks fan I know was rooting for the Wild as they took on the Flames.  Why on earth would we cheer for Minnesota?  Anything to ensure our bitter rival doesn't make it to the post season.  Other times though, the choice is a difficult one, as the debate about which result is more beneficial to your squad is hardly crystal clear.

A great example is the match between Phoenix and Chicago tonight.  Instinct tells us to cheer on the Coyotes in their battle for first overall in the West.  Yet  if you think about it, isn't it favorable to see Chicago finish first, setting the potential to not meet them until the Conference finals?  See what I mean?  It's not always easy, and you can't always get consensus.  And it's just one of the many reasons why I love this time of year.

But tonight isn't all about scoreboard watching.  Tonight the Canucks take on an Oilers team that seem to be relishing their role as spoilers, having knocked off the Red Wings and Sharks in their last 2 games.  A loss isn't the end of the world, but creating a 7 point cushion over the Colorado Avalanche could very well shore up the Canucks 3rd division title in 5 years, and home ice advantage in the first round.

The Canucks are chugging along, still missing Willie Mitchell but managing to keep things close.  And after a brutal post-Olympic schedule, the Canucks have this back to back spot sandwiched between 4 days off, rest that could prove to be very beneficial, especially to Roberto Luongo.  10 games left, 5 on the road and 5 at home.  The Canucks have a potential to not only set a new team record for most points in the season, but hit 50 wins for the first time in team history.  A pretty remarkable achievement considering the injuries, drama and record setting road trip.  It's a testament to this team, and the coaching staff for getting the most of them under very trying circumstances.

Lots of games to keep an eye on tonight, one of the most interesting is the Atlanta Thrashers taking on the Boston Bruins.  Stop laughing, I'm serious!  With a win, the Thrashers can vault past the Bruins and into the 8th and final playoff spot.  Two months ago this didn't even seem like a possibility, but this team has actually played some half decent hockey since trading Ilya Kovalchuk, and coach John Anderson has his squad believing they can make the post season for just the 2nd time in team history.

Speaking of spoilers, Minnesota will be looking to pull of another one as they take on the San Jose Sharks tonight.  The Wild are looking to hand the Sharks their 7th straight loss.  The way San Jose has just fallen apart since the Olympics is only mildly shocking, it's just the timing of it all.  The only question now is how far down the standings are they going to fall?

The Canucks opponent tomorrow night are in Calgary tonight to take on the Flames.  The Ducks are still, albeit barely, in contention, and you can bet they'll be looking to kick a Calgary squad that is down and almost out, now 4 points out of 8th after Detroit's 3-1 win over Pittsburgh last night.  And with injuries starting to mount, the chances of the Flames making the playoffs continue to shrink.